The historic, hugely popular street circuit in Portugal is back on the calendar for 2022 after the event was called off in each of the last two years due to the Covid-19 pandemic, and completes an Iberian double-header following last weekend’s visit to Motorland Aragon. 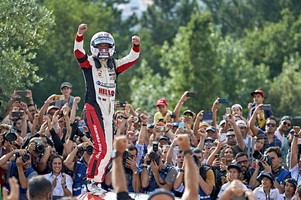 Tiago won the most recent WTCR race in Vila Real, taking an emotional first victory since returning from serious injury in front of a raucous crowd in 2019.

The Portuguese hopes the return to a street circuit will provide an upturn in fortunes, though that optimism is being tempered following an even tougher than expected weekend at Aragon.

His LIQUI MOLY Team Engstler team-mate Attila took his first WTCR pole position on his maiden visit to Vila Real in 2019 and led the race that Tiago went on to win before retiring with a spark plug issue.

Attila showed good pace at Aragon despite the difficulties faced by all four Civic Type R TCR drivers, and has set a target of being in the top 10 despite the compensation weight the car will again carry.

ALL-INKL.COM Münnich Motorsport are third in the Teams’ Championship despite the difficulties of the Aragon weekend, just 15 points shy of the lead. 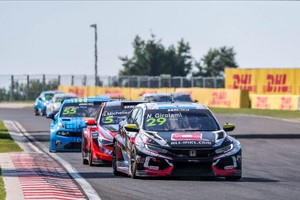 Nestor Girolami will head to Vila Real as the best-placed of the Honda quartet in the Drivers’ standings, in which he sits sixth.

The Argentinian, who made his second World Touring Car appearance at Vila Real in 2015 at the wheel of a NIKA Racing Honda Civic WTCC, is looking to recapture the form he showed at the 2022 season opener where he claimed pole position and a victory on the streets of Pau.

His team-mate Esteban Guerrieri is likewise buoyant heading to the second street circuit of the season.

Esteban – who is the record win holder in the WTCR, which this weekend will celebrate its 100th race since its inception – has two podiums to his name in Vila Real, first from a chaotic race in 2018 then one year later when he finished third in Race Two, prior to Tiago’s triumph. 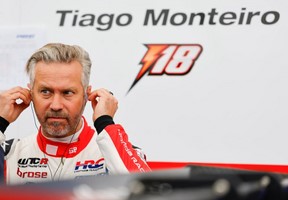 Tiago Monteiro #18 – LIQUI MOLY Team Engstler : « It’s always amazing to be racing in your home country, in a place where you are so welcomed and there is so much passion for what you do. When I won last time it came during a tough season, and this one is tough as well. Sometimes you have better seasons, sometimes you have harder ones and it’s difficult to be competitive even though the team are doing a great job and working very hard. On paper I’m not super-optimistic about our chances and I’m not expecting any miracles. But the Civic Type R TCR is efficient on street tracks, so hopefully this trend – even with the uphills, downhills and hard braking zones of Vila Real that will be difficult with weight – can help overcome some of the difficulties we have had. » 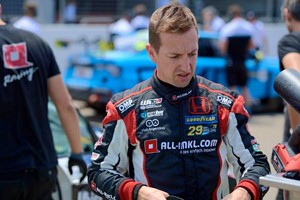 Attila Tassi #9 – LIQUI MOLY Team Engstler : « I have good memories overall of Vila Real from my first visit as my first pole position in the WTCR was a milestone moment, so we will see if we can get something similar this week. That said, because of the weight the car will carry we don’t know where we will be in the pecking order. It’s been three years since we last went there and although the track has not changed, the cars and set-ups have evolved. But I always enjoy street circuits and tend to find a good rhythm on them, so I’m looking forward to the weekend and hope a top 10 can be achievable. »

Néstor Girolami #29 – ALL-INKL.COM Münnich Motorsport : « I always like street circuits, but Vila Real is one of my favourite events. Not only is it an amazing track to drive that offers a proper challenge, it also has a special place in my heart because it’s where I made one of my first World Touring Car Championship starts back in 2015, also in a Honda. After last weekend at Aragon we have lost some positions in the Championship, but we are confident of fighting back in Vila Real. I feel really focused for this weekend, and trying to get back to the kind of level we were able to show in Pau and at the Hungaroring. » 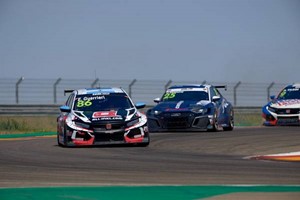 Esteban Guerrieri #86 – ALL-INKL.COM Münnich Motorsport : « There is reason to be optimistic heading to Vila Real this weekend. The Honda Civic Type R TCR tends to go well on street tracks, and even though we are heavy again there are going to be some cars with the same weight as us and others that pick up some kilos. I am sure we will be more competitive than in Aragon, although I hope we will not experience quite the same heat as we had there. I am looking forward to having this back-to-back weekend because all I want to do is be in the car and running close to the guardrails on a street track is always a lot of fun and demands a lot of concentration. »