– Next Sunday (3 July 2022), the international one-make series from Porsche starts its third round as support to the British GP
– 32 Porsche 911 GT3 Cup with drivers from 15 nations on the entry list
– Defending champion Larry ten Voorde from The Netherlands comes to Silverstone as championship leader

For the third round of the season, the Porsche Mobil 1 Supercup will compete at the Silverstone Circuit about 100 kilometres north of London. The race on Sunday (3 July 2022) immediately before the British Formula 1 race will be contested by 32 of the approximately 375 kW (510 hp) Porsche 911 GT3 Cup. 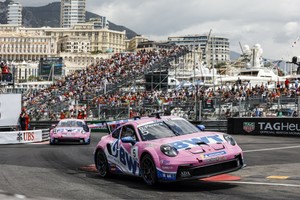 Round three of this year’s Porsche Mobil 1 Supercup is coming up next Sunday (3 July 2022) at Silverstone in Britain. Once again, the large grid line-up includes drivers of many different nationalities: Driving for the GP Elite team, the current leader of the series Larry ten Voorde from the Netherlands faces 31 rivals from 15 countries. For the first time this season, Porsche drivers from the USA, Belgium and Australia will compete. And for the first time in the 30-year history of the one-make cup, an Israeli driver will make a guest appearance. The ca. 375 kW (510 hp) 911 GT3 Cup will take off on the storied racetrack around 100 kilometres north of London directly before the British Formula 1 Grand Prix.

« The capacity grid and the popularity with international competitors are again a huge compliment, especially for the teams in the Porsche Mobil 1 Supercup. At the start of the season in Imola, we had Swedish team Fragus Motorsport as guests to take on the registered teams. In Silverstone, we’re welcoming Kelly Moss Road and Race from the USA for the first time, who bring two drivers as guest entrants, » comments Oliver Schwab, Project Manager Mobil 1 Supercup. « We’re also tackling Silverstone for the first time with the 992-generation Porsche 911 GT3 Cup. I’m curious to see which driver and team will master this challenge best. » 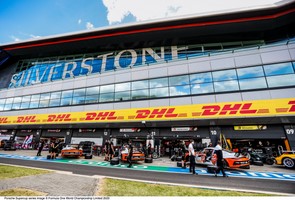 The season is going especially well so far for the reigning Supercup champion Larry ten Voorde. After clinching second place at the opening race in Imola, Italy, and a victory in Monaco, the Dutchman is back at the top of the standings. He heads to Britain six points ahead of Imola winner Dylan Pereira. Pereira from Luxembourg drives for the BWT Lechner Racing team, which leads the teams’ classification. « Silverstone is one of my favourite circuits, » says ten Voorde. In the 2020 season, he won a Supercup race on the high-speed track, which was run as part of the British Grand Prix support programme. « The circuit is more demanding than it seems. Above all, the Maggotts-Becketts-Chapel corner combination requires a clean line. We can easily lose a few tenths of a second there. »

Trailing Pereira, Porsche Junior Laurin Heinrich currently ranks third in the standings. Driving for the SSR Huber Racing squad, the German is set to make his debut at Silverstone. « I know the track from test drives. I’m well prepared, even if I don’t see myself winning the race, » states Heinrich. Bastian Buus (BWT Lechner Racing) faces his own Silverstone debut. The Dane currently leads the rookie classification of the Porsche Mobil 1 Supercup. Almost two weeks ago, he won his first race in the Porsche Carrera Cup Deutschland – one day before his 19th birthday. 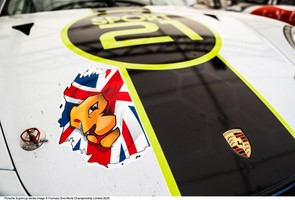 Up to 150,000 fans are expected on race Sunday – the majority will of course be rooting for the Supercup drivers from Great Britain. Local heroes are fifth-placed Harry King (BWT Lechner Racing), rookie Lorcan Hanafin (FACH AUTO TECH) and ProAm Aaron Mason (Pierre Martinet by Alméras), with Adam Smalley contesting the Supercup for the first time. The 21-year-old Porsche GB Junior Driver competes for the CLRT outfit.

Silverstone Circuit (Great Britain)
The Silverstone Circuit in Northamptonshire is one of several British racetracks that originally served as an airfield for the Royal Air Force. In 1950, the first-ever Formula 1 race was held at the “Home of British Motor Racing”. Since 1994, the Porsche Supercup has been a regular event on the 5.891-kilometre racetrack, which is one of the fastest on the calendar of the international one-make cup.

In 2020, the Porsche 911 GT3 Cup contested two rounds at Silverstone. The eventual champion Larry ten Voorde won the race held as support to the British Grand Prix. At the Anniversary Grand Prix, then Porsche Junior Ayhancan Güven from Turkey scored victory. Last season, Silverstone was dropped from the Supercup calendar due to the travel restrictions caused by the pandemic.