FORZO has achieved its biggest success in motorsport to date by finishing on the overall podium of the world-famous Le Mans 24 Hours with partner team Scuderia Cameron Glickenhaus.

Last year, the American team entered the French endurance classic for the first time and finished in the top five. This year, the team has gone one better, with the crew of Ryan Briscoe, Franck Mailleux, and Richard Westbrook getting into the top three of the hardest race on the planet. 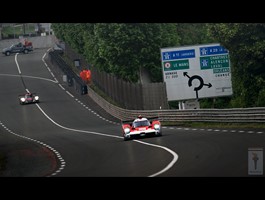 From the very beginning of this remarkable story in 2020, when the boutique hypercar manufacturer from New York decided to take on the biggest carmakers in the world, FORZO was chosen as Scuderia Cameron Glickenhaus’s official watch partner.

To celebrate the association between FORZO and Scuderia Cameron Glickenhaus, we have created a watch together for the 2022 Le Mans 24 Hours, complete with details that commemorate the round-the-clock epic.

The stunning watches come complete with a presentation case and signed photograph of the team, including the drivers finishing on the podium – who also wear identical FORZO Glickenhaus Enduratimer watches. Not only that, but all watch owners join a dedicated WhatsApp group administered by company founder Jim Glickenhaus, enabling them to chat with the team in real time and receive exclusive news all year round.

Those purchasing their watches before Le Mans also got their names on the FORZO stickers affixed to the two competing cars, including the one that made it to the podium this year. 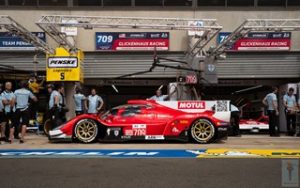 FORZO founder Jon Quinn commented: « To go from launching our brand three years ago to being on the podium at Le Mans in the same space of time is a mind-bending and humbling situation. Congratulations from every single one of us at FORZO to Jim and Jesse Glickenhaus, as well as all the drivers and the entire team, for this incredible achievement. It’s been a real privilege and pleasure to work together on these beautiful Glickenhaus watches and engage with the passionate Glickenhaus community throughout this amazing adventure. »

The Glickenhaus cars lined up in fourth and fifth on the grid for this year’s Le Mans 24 Hours, which got underway at 4pm on Saturday 12 June: reflected by the 24-hour timer subdial on the FORZO Glickenhaus watch. The cars enjoyed a reliable run to the finish, with the #709 car that finished third (one place ahead of its sister car) requiring only a sensor change in the second hour. As a result, Glickenhaus became the first American team to finish on the podium at Le Mans since 1967 and is now targeting the top step of the podium. 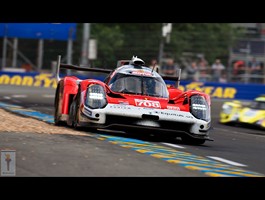 Team owner Jim Glickenhaus said: « It was emotional: a gruelling weekend – we had some good luck and some bad luck, but we fought through it. I think we showed people that a small manufacturer has a chance. From start to finish, it was just fantastic. A huge thanks to all our partners as we look towards the future and our next adventures. »