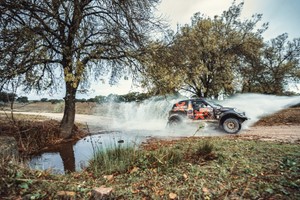 After finishing first in the prologue and third in the following second special stage, Holowczyc ended the first day in third place overall. On Saturday, he got off to a good start in the second and final day of racing and regained the lead with first place in the third special stage.

Holowczyc: « It was an exceptional rally. We attacked in the first special stage on the second day and were successful. We won the special stage with a five-minute lead. Our team manager said that we had to slow down now in order not to take too big a risk. That was really hard. It is much easier to attack than to defend. This is my third time in Portugal and my third time winning. Thanks to the team for a great car and a great service. » 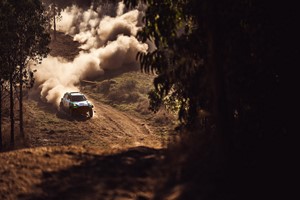 Holowczyc only entered the FIA World Cup for the Baja Aragon and competed in a total of five events. Of those, he managed to win three to secure third overall.

Seaidan was unlucky. He had started the second day of the Baja Portalegre from sixth place overall. But on the third special stage he hit a stone and lost about ten minutes. Since the gaps between the crews are usually very narrow in Bajas, the Saudi slipped back to 15th overall. On the last special stage, he was able to work his way up to eleventh place.