Sebastian Halpern and Bernardo ‘Ronnie’ Graue (both ARG) finished fifth in their MINI JCW Buggy at the Rallye du Maroc, round four of the FIA World Cup for Cross-Country Rallies. The Russian pairing of Denis Krotov and Konstantin Zhiltsov 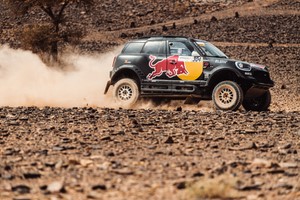 ended the desert rally in sixth place in a MINI JCW Rally. Jakub ‘Kuba’ Przygonski (POL) and Timo Gottschalk (GER) may only have finished 26th, but recovered from a problem on day two to set fast times on each of the days. Swedes Mattias Ekström and Emil Bergkvist were running fourth until a technical issue forced them out of the rally on the final stage.

After his debut in the MINI JCW Buggy at the Rally Kazakhstan, Halpern was contesting his second event in the Buggy. Together with his co-driver Graue, he was in the top six for almost the entire rally. Only on stage two did he finish 18th, which cost him valuable minutes in the overall standings. The Argentinean ultimately ended the rally in fifth place. It was a similar story for Krotov and Zhiltsov. The Russians landed their MINI JCW Rally in the top ten on five stages. However, eleventh place in the prologue and 20th on stage two meant they had to settle for sixth overall. 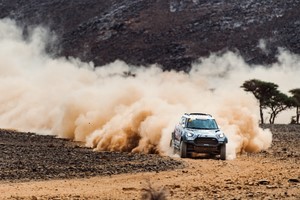 Przygonski was very unfortunate on his return to X-raid. The Pole started the Rallye du Maroc well with fifth place in the prologue. However, a broken suspension cost Przygonski a lot of time and any hope of a top finish. Over the subsequent days, he showed what might have been, always finishing in the top three in the MINI JCW Buggy. He was able to make up a lot of time, but ultimately had to settle for 26th place.

« That was a good rally for us, » said Przygonski. « We were glad to be back in the desert. It was a mix of hard ground and dunes – definitely good preparation for the Dakar. The cooperation with Timo is going very well and we did not make any navigation errors. The MINI was also very good. It was important to get a lot of kilometres under our belt in the new car. »

The fifth round of the FIA World Cup for Cross-Country-Rallies is the Abu Dhabi Desert Challenge from 05 to 11 November 2021. 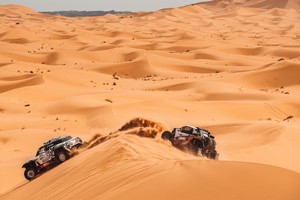