Saintéloc Racing will make its single-seater debut this weekend (7th-9th July) at the fourth round of the Spanish F4 Championship on the Spa-Francorchamps circuit. Théophile Naël and Ethan Ischer will be at the wheel of two Tatuus T-021 single-seaters. Two different but complementary profiles for the team from Saint-Etienne.

What better setting than Spa-Francorchamps to add the first lines to a new page in the history of Saintéloc Racing. On a track which saw the team score its greatest GT victory in 2017 at the TotalEnergies 24 Hours of Spa, Sébastien Chetail’s team will be tackling a new chapter in single-seater racing, in the context of F4 Spain. The common denominator of the team’s programmes is the youthfulness of its drivers, the Frenchman Théophile Naël and Swiss driver Ethan Ischer, who have shown confidence in the ambition and resources deployed in this adventure. 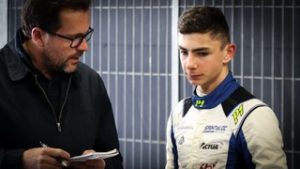 A logical step for Théophile Naël, after a brilliant stint in karting over the last few years. French Cadet Champion then IAME Series France Champion in 2020 in X30 Junior, before gleaning several successes in the IAME Euro Series and a podium in the IAME Warriors Finals in 2021, the Saint-Etienne native, who is pursuing his education in parallel, will move up to the next level in this second part of the 2022 season, after very consistent preparation with the support of the technical team headed by Julien Simon-Chautemps.

Théophile Naël: « I think I am ready. I have been preparing physically for this race for six months. I don’t have any pressure, and I don’t know where we are going to be in terms of the hierarchy. The first Qualifying will give a better picture. Discovery of the car went well and we went in the right direction. The relationship with the team is really good, both with the mechanics and with my engineer. There is a way to do great things together. If we could get a top 10 for this first one, it would be a really great achievement. » 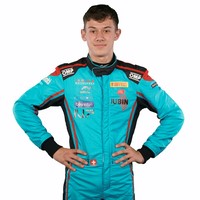 Alongside him, the young Swiss driver Ethan Ischer will be driving in the team’s second car. Unlike Théophile Naël, the driver from Bavois already has some experience of F4, having started the campaign in Italy and run three races in Germany this season. This is obviously an asset for Ethan Ischer, who will want to continue his progress in the environment offered by Saintéloc Racing at the Belgian round.

Ethan Ischer: « It’s a great opportunity to be able to compete in this Spanish F4 event, to compare with the Italian F4, and to race with Saintéloc Racing. Before competing in the Italian and German series, I only did one year of karting. The standard is still quite high. My past experience will help me with the feeling in the car, because it’s never easy to arrive during the year. »

The two Tatuus T-021 single-seaters will take to the track on Friday for the first runs before two qualifying sessions and a race, followed by the final two races on Saturday.