Porsche and its customer teams will make a bid for overall victory with eight 911 GT3 R in the 24-hour race at the Nürburgring this coming weekend. Manthey contests the tradition-steeped race as the defending champion. The Eifel marathon celebrates its 50th anniversary this year and is regarded as one of the world’s toughest motorsport challenges. One 25.378-kilometre lap is a combination of the Nordschleife and the Grand Prix circuit. Once again, Porsche racing cars make up the lion’s share of the grid: 46 vehicles from the Stuttgart sports car manufacturer will tackle the endurance classic at 4 pm (CEST) this coming Saturday. No other manufacturer is better represented in the 138-strong field. 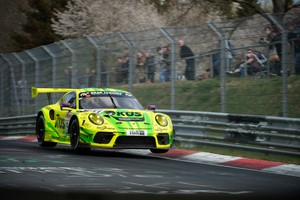 Last year, the Manthey customer squad notched up its seventh outright victory at the Eifel classic. Sharing driving duties in the 911 GT3 R ‘Grello’ were the works drivers Kévin Estre (France) and Michael Christensen (Denmark) as well as Matteo Cairoli (Italy). For this year’s 24-hour anniversary event, the record-winners from Meuspath has again put together a formidable crew in their No. 1 car: Estre and Christensen share the green and yellow racer with their factory driver colleagues Frédéric Makowiecki (France) and Laurens Vanthoor (Belgium). In addition to Manthey, the customer teams Huber Motorsport, KCMG and Toksport WRT each field a GT3 vehicle from Weissach. Dinamic Motorsport and Falken Motorsports campaign two of the 500+PS Nine-Elevens each.

« The ‘Green Hell’ has made our preparations for the 24-hour race difficult again this year: the cancellation of the second round of the Nürburgring Endurance Series and one of the test days due to icy and wet conditions cost us critical track time. In such situations, it becomes even more important to work closely with the teams and share information, » explains Sebastian Golz, Project Manager Porsche 911 GT3 R. « Our first priority is that more Porsches make it into the decisive Top Qualifying. Spectators are finally allowed back to the track, so we’re all very much looking forward to the first highlight of the race weekend – the individual time trials. » 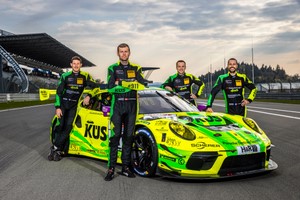 At the previous two qualification races for the Nürburgring 24-hour race as well as the first two rounds of the Nürburgring Endurance Series, competitors got the chance to jump straight into the final individual time trials for the top 19 grid positions: just like the 911 GT3 R from Manthey and Huber Motorsport, which have already secured a spot on the provisional entry list for the critical second part of the Top Qualifying. In the Top-Qualifying 1 session, the two Porsche fielded by Dinamic Motorsport and Falken Motorsports as well as the KCMG and Toksport WRT customer teams still have a chance to grab a place in the final shootout. In the two Top Qualifying segments on Friday evening, the name of the game for all competitors is to make the most of the free run over two timed laps on the legendary Nürburgring-Nordschleife to set their best time. 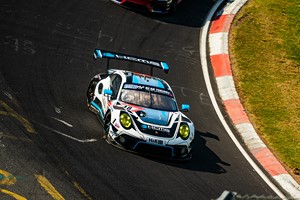 Almost a third of the field drives a Porsche
The 24-hour classic on the longest and most demanding racetrack in the world is the highlight of the motor racing year. 138 vehicles in 22 classes make up the entry list for the prestigious event on the Nürburgring-Nordschleife. « In the anniversary year of the 24-hour race, Porsche is represented by more than 40 vehicles – which makes us the largest contingent once again, » emphasizes Michael Dreiser, Director Sales Porsche Motorsport. « Our customers field different types and variants in ten different classes and have put their faith in the potential and performance of our products. Almost every third vehicle on the grid sports the Porsche crest. We’re thrilled about that and I would like to thank them very much for trusting our brand. » 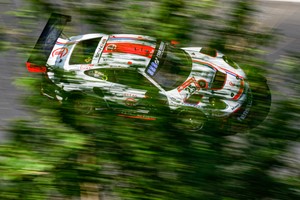 Porsche’s history in the 24-hour race
Porsche’s success story at the Eifel classic, which has been held since 1970, includes 13 overall victories to date. In 1976, Fritz Müller, Herbert Hechler and Karl-Heinz Quirin clinched the first victory for the Stuttgart sports car manufacturer at the wheel of a Porsche 911 Carrera 3.0. In the two years that followed, the 911 Carrera RS proved unbeatable. In 1988, Dören Motorsport was the fastest with a 911 Carrera RSR. Five years later Konrad Motorsport triumphed. In 2000, Pheonix Racing celebrated victory with a 911 GT3 R. Soon after, Manthey began its unprecedented winning streak: the team from Meuspath achieved four consecutive overall victories from 2006 to 2009, followed by two more triumphs in 2011 and 2018. In 2021, Manthey built on its record as the most successful team at the Nürburgring with its seventh overall victory. 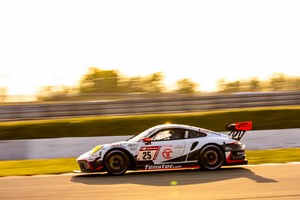 Overview of the Porsche teams and drivers (SP9 class)
Porsche supports its customer teams Huber Motorsport, Dinamic Motorsport, Manthey and Toksport WRT in the Eifel with, among other things, drivers from its own squad. The works drivers Estre, Christensen, Makowieki and Vanthoor form the powerful quartet in the Manthey’s 911 GT3 R ‘Grello’. Matt Campbell from Australia and the Frenchman Mathieu Jaminet provide reinforcement for the fledgling Nordschleife team Toksport WRT. Austria’s Thomas Preining drives Dinamic Motorsport’s No. 28 car. Porsche’s test and development driver Lars Kern supports the Huber Motorsport team, which won the separate Pro-Am classification in the top SP9 class in 2020 and 2021. 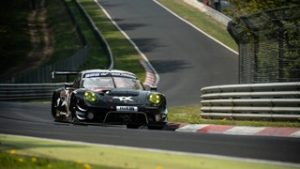 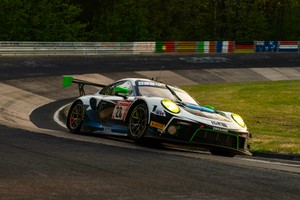 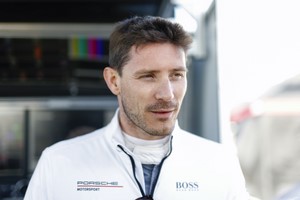 Comments before the race
Kévin Estre (Porsche 911 GT3 R #911): « It’ll be very difficult to defend our title because our opponents did very well in the qualification races. Compared to last year, we’ve made very few changes – at least on the technical side. However, there are some changes in the line-up: While Michael Christensen and I are a regular pairing, we’re now joined by Laurens Vanthoor and Fred Makowiecki. This makes for a very strong line-up of drivers – and with Fred, we have someone in our crew who has already won the 24 Hours with Manthey. Let’s see what happens in the ‘Green Hell’ this time. »

Dennis Olsen (Porsche 911 GT3 R #18): « We’ve been very systematic in our preparations. The KCMG team is doing a great job. We’re competing with strong drivers and want to win at the Nürburgring. However, the weather conditions in the Eifel always pose a special challenge. Hopefully, we’ll make all the right decisions and end up on top of the podium. » 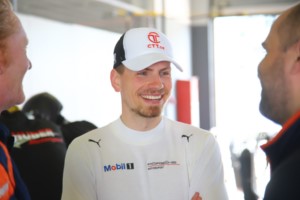 Nico Menzel (Porsche 911 GT3 R #25): « We have a very clear goal – after two victories in the Pro-Am class, we want to complete the hat trick this year. My teammates Joachim Thyssen and Klaus Radar have made great progress in the Huber Motorsport 911 GT3 R and are among the top amateurs. »

Matt Campbell (Porsche 911 GT3 R #27): « For me, the 24 Hours is the biggest race in the world and it’s one I want to win with my teammates Mathieu Jaminet and Julien Andlauer. Toksport WRT is in the spotlight as a new team on the Nordschleife and has really done a great job so far. We want to achieve the maximum of what is possible and bring home a good result. »

Thomas Preining (Porsche 911 GT3 R #28): « I also spent time in the simulator preparing for the event but you can’t simulate driving in traffic on the Nordschleife: only experience and every kilometre on the track can help. We have four experienced drivers sharing our Dinamic Motorsport car. Primarily, we see the race as a development project for the tyres and we’re making great progress in this respect. We want to achieve a top placing with a consistent and flawless performance. » 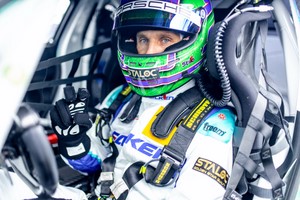 Marco Seefried (Porsche 911 GT3 R #33): « Falken Motorsport has once again put together a good team and is fielding two Porsche 911 GT3 R with a strong driver line-up. I’m pleased to be returning after 2017. Again this year there are slightly fewer competitors than usual entered in the race, and because there is less traffic on the track, you have to sprint right from the get-go. »

Klaus Bachler (Porsche 911 GT3 R #44): « I’m really looking forward to the race because we’re finally driving in front of spectators again. The scenery at the Nordschleife is unique – this is especially true at night when the campfires are burning next to the track. Hopefully, the weather plays along so that the fans can have a nice motorsport party after a two-year hiatus. »