A spectacular look into the future: at the 2021 IAA Mobility in Munich, CUPRA shows what the next car of the ABT CUPRA XE team in Extreme E could look like. Together with Jutta Kleinschmidt, who is competing alongside Mattias Ekström in the electric off-road series this season, managing partner Hans-Jürgen Abt and ABT Sport Marketing boss Harry Unflath, the Spanish brand presented the CUPRA Tavascan Extreme E Concept to the media and visitors in attendance on Tuesday. 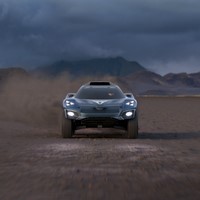 « Almost exactly a year ago, we announced our partnership with CUPRA and unveiled the design of our e-CUPRA ABT XE1. Since then, we have generated a lot of attention together, both on and off the track, » says Thomas Biermaier, CEO of ABT Sportsline. « The development of our own bodywork by the designers and engineers at CUPRA is the next step in our close and successful collaboration. The Tavascan Extreme E Concept simply looks mega, right down to the smallest detail. Now it’s our job to score the first trophies with it soon. »

The design of the front and rear has changed considerably from the vehicle competing in the current Extreme E season. The headlights in three triangular groups on each side also create a more imposing look. « The car is the next evolution with even more CUPRA DNA and a design that hints at the future direction of the brand, » says Xavi Serra, Head of Technical Development at CUPRA Racing. « The CUPRA Tavascan Extreme E Concept uses flax fibres throughout the body for even more sustainability and 3D printed elements that can be recreated quickly. » 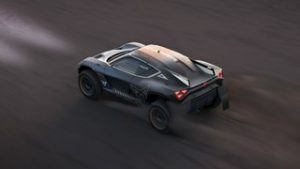 It remains to be seen when the new generation car will be deployed. Anticipation is high. « The CUPRA Tavascan XE is a truly stunning design. I can’t wait to see it make its racing debut, » says Alejandro Agag, founder and CEO of the series. « This move also supports our goal of establishing Extreme E as a global marketing showcase for partners. Congratulations to this future-thinking and visionary team. »

After its appearance in Greenland at the end of August, Extreme E will host its next race at the Island X Prix in Sardinia on 23/24 October.