Tom Coronel has secured his first win of the season in the TCR Europe Series. With his Audi RS 3 LMS in DHL colours, run by Belgian team Comtoyou Racing, Coronel won the first of this weekend’s pair of races at his home track, CM.com Circuit Zandvoort. « Winning is always cool, of course, and especially in my home race, » he said overjoyed after his success on Saturday. On Sunday, a good result was on the cards as well after a very good start, but a technical issue was the reason Coronel’s race ended prematurely. « Really annoying, » he said, « because I would most certainly have ended up on the podium, but that is the way it is. » After three of the seven race weekends of the TCR Europe Series season, Coronel is third in the championship. 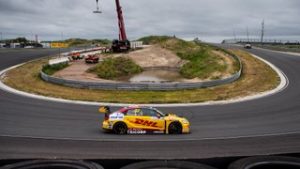 For Tom Coronel, the race weekend was a first as he had never previously raced at Zandvoort with the European series before. « No matter how long I have been racing already, racing at Zandvoort always remains special. This is where it all started, this is where I have so many nice memories and I know every inch, of course, » Coronel said. « Especially after the reconstruction, the circuit has another dimension, it is really cool to race here! Too bad, of course, that there were still no spectators admitted this weekend, but hopefully, that will be changing soon as well. » 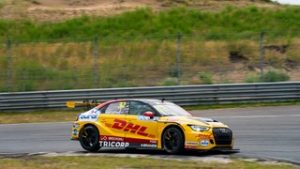 In the free practice sessions on Friday, Coronel already made it clear that he ranked among the contenders for success this weekend. He ended up fastest of the 21 competitors in the first session and was classified second in the second session. While first practice was still held in summerly conditions, rain intensified in the second session, leaving race control no other option than to stop the action prematurely. In qualifying, Coronel confirmed his strong form with the second fastest time. « Together with Jack Young, I had pulled quite a gap compared to the rest. Eventually, he snatched pole position from me by just eight hundredths of a second, but I was still quite happy with P2, just 0.08 seconds down, » Coronel commented. 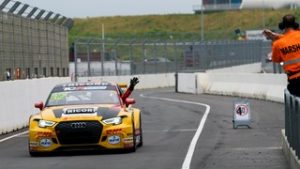 In the first race, Coronel had what he called himself « a decent start, although I briefly lost one place to my teammate Nicolas Baert. I then had a nice fight with him, albeit with some brief contact that cost both of us some time, that was a pity. We both had to run through the gravel bed, a thrilling moment. After that, I overtook Borkovic with a nice move, first on the inside at Tarzan corner, also inside at Gerlach and then outside in Hugenholtz. Like that, I moved up into second place and then I had to close the gap to Young. That worked out really well and I put my car next to his straight away. That move was successful and that is how I got into the lead. After that, I was able to pull away and my first win of the year in TCR Europe is now in the bag. A really cool feeling! The pace was good, the tyres were also looking very good after the race, so that is a good perspective! » 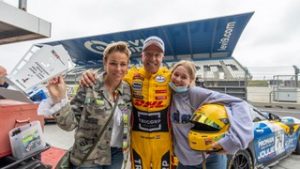 In the second race, Coronel was ninth on the grid as a result of the reversed order. « I really had a mega start, » he reported. « That doesn’t happen too often with this car as it is difficult to start. I moved up to P7 straight away. On the first lap, I was right behind Borkovic and overtook him in the Hans Ernst chicane. At Tarzan, I overtook Taoufik, who had started from pole, and I was fifth already, but then, all of a sudden, the car came to a halt going into Hugenholtz. It was just like the engine had been switched off… After that, somebody ran into the back of my car really hard and that gave me so much damage that I had no other option but to head into the pits. That was really, really annoying! I had nothing to do with it, I didn’t touch any switch, nothing. Afterwards, the computer showed an error, the car automatically runs in emergency mode when that happens. A problem with a sensor. Really annoying, because I am one thousand percent certain that I would have finished on the podium! We still had twelve laps to go and with the pace I had yesterday, I could even probably have made it all the way to victory, but that doesn’t count, sadly. This is it for me: one win, one DNF. That is the way it is. »

The next TCR Europe Series races will be held at the Spa-Francorchamps circuit in Belgium, 29-31 July.