Sacha Fenestraz will drive TOM’S #37 GT500 car for the 2021 season while continuing to race in Super Formula for a second campaign for Kondo racing.

The French-Argentinian driver will race KeePer TOM’S GR Supra #37 car having driven the sister #36 in 2020. This year he will be partnering 2017 Super GT champion Ryo Hirakawa as the duo eye championship glory in the forthcoming campaign. 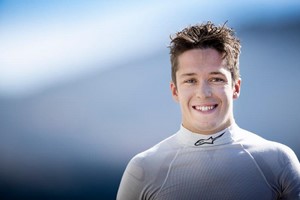 Sacha enjoyed an impressive debut year in Super GT, scoring four podium finishes on his way to fourth place in the standings. In his rookie campaign, he scored three consecutive podium finishes in the opening two Fuji rounds and then at Suzuka. Another rostrum appearance at the season finale at Fuji ensured Sacha’s rookie season was one to remember.

Sacha will be eyeing the biggest prize of all in 2021 alongside Hirakawa in the #37 TOM’s car, which narrowly missed out on the title last season by just two points.

The season is set to get underway at Okayama International Circuit from April 10-11.

« After a positive rookie year in 2020, I am extremely excited to be racing the #37 TOM’S KeePer car for the 2021 Super GT season. I’d like to thank Toyota and everyone involved for this amazing opportunity. I can’t wait to get the year underway alongside a great champion like Ryo Hirakawa and I am sure we can achieve great things together. » 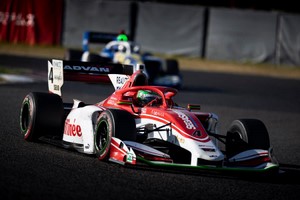 The 21-year old will also embark on his second season in Super Formula as he continues to race for Kondo Racing.

Sacha’s rookie campaign in Super Formula started with a podium at Motegi, where he qualified second and finished third. Lady luck was not on his side as he suffered three non-finishes in a row through incidents out of his control. Sacha bounced back in the second part of the campaign with two points finishes in the final three races.

With a year of understanding the tyres and the car under his belt, Sacha will be hoping for more frequent trips to the podium as he looks to add more silverware to his cabinet in 2021. 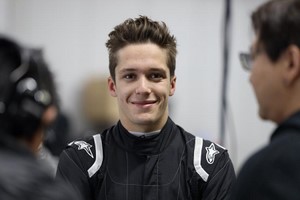 The Super Formula season is set to start at Fuji Speedway on April 4.

« I’m grateful to be trusted by Toyota again for another double campaign and pleased to be staying with Kondo Racing for the upcoming Super Formula season. 2020 was a challenging first year with a lot of issues that were unfortunately out of our control, I am confident we can build on what we started last year and compete at the front in 2021. »