Sacha Fenestraz ended a tough 2020 Super Formula campaign with an eighth place in the final round at Fuji International Speedway.

After enduring four retirements that were out of his control in his debut season, the French-Argentinian driver was able to reach the chequered flag to end off 2020. 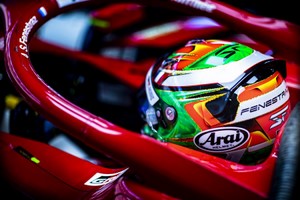 He started off on Sunday getting through to Q2 from his qualifying group before settling for a 13th place grid slot. For the seventh time this season he was able to out qualify his more experienced Kondo Racing team-mate Kenta Yamashita.

For the race, Sacha had an early battle with 2019 champion Nick Cassidy, he was able to survive the opening laps and settled into 11th position.

Sacha was one of the last drivers in the field to make his mandatory pit stop and he came back out in 11th just behind his team-mate. He was quickly able to overtake Yamashita at the half-way point of the 40-lap race, and it didn’t take him too long after that to also move past Kazuki Nakajima into ninth place. 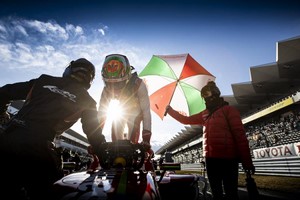 In the closing laps he was able to hold off the field behind him to take eighth position at the chequered flag.

« I had a good start to the race and was able to build up my confidence again in the early laps. Even though we were slightly slower on the straights because of a turbo issue yesterday, we were still able to stay competitive.
« I felt good during the second stint and was able to manage my tyres and lap times well. In the final lap we did run out of fuel but we were able to make it to the line in eighth, it was close. »

The eighth place was Sacha’s third finish in his debut Super Formula season, which he started with a podium finish at Twin Ring Motegi in August. 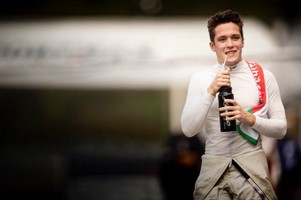 Sacha described this year in Super Formula as very tough, but vowed to come back stronger next year.

« Overall it was a very tough debut season in Super Formula. A lot of the early retirements were very much out of my control, there wasn’t anything I could have changed in those circumstances. Sometimes these difficult seasons will happen, but what is most important is that we come back stronger next year. »