Nasser Saleh Al-Attiyah will take an outright lead of 1hr 16min 06sec into the final stage of the Manateq Qatar Cross-Country Rally (MQCCR) on Thursday. 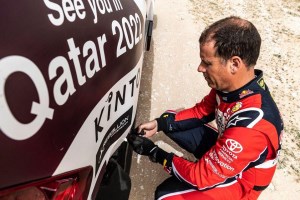 The Qatari and French co-driver Matthieu Baumel erred on the side of caution through Wednesday’s shortened selective section and Yazeed Al-Rajhi and Michael Orr took advantage to snatch the stage win in the second of three Toyota Hiluxes.

The day’s action was initially delayed by one hour on safety grounds. Strong north-westerly winds had caused dust and fine sand to drift and even the neighbouring highways had severely reduced visibility.

A second delay was confirmed before Clerk of the Course Pedro Almeida held a meeting with competitors at Lusail Sports Arena. The decision was taken to cancel the second of the day’s shorter special stages, near Sealine, and run only the first 119.39km of the opening Al-Shahaniya selective section. This guaranteed that the competitive stage distance was long enough (75%) to be eligible for maximum FIA championship points, even if the weather disrupts Thursday’s final stage. 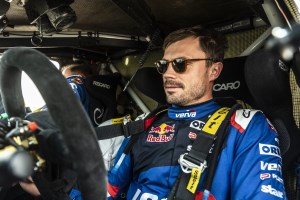 Conditions improved as the stage progressed, despite the fierce wind, and Al-Rajhi clocked a stage time of 1hr 03min 08sec and managed to beat Poland’s Jakub Przygonski and German navigator Timo Gottschalk by 2min 34sec in the third of the Toyotas.

« It was good, everything okay, nothing special, » said Al-Rajhi. « We held our position. That was the most important. We open the road tomorrow and take more experience. »

Leader Al-Attiyah said: « We had one flat tyre and we stopped and changed. Third on the road tomorrow so that we can manage. I think the weather will be clearer tomorrow, so they should be able to run the whole stage. Early morning, there was dust but, after 10.30, it was clearer sky with the strong wind. Sealine may have been a problem if we had gone to the other stage. »

« It was a short stage but it had to be like this, » said Przygonski. « We enjoyed it. We catch Nasser and then we get puncture and we had to stop and change the wheel. No problems though and a good rhythm. You can feel the difference upwind and downwind. Sometimes, upwind you could feel there was no power. With the side wind, you could also feel the car moving to the right and to the left. » 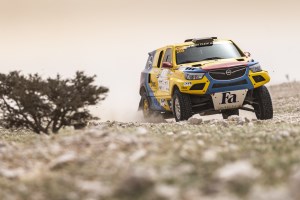 Despite the strong winds, the revised timetable laid on by the Qatar Motor and Motorcycle Federation (QMMF) ran according to plan. Hungarian driver Balazs Szalay came home in fifth place on the day and held ninth in the general classification in his T1 Opel Grandland X.

South Racing mechanics repaired Austin Jones’s damaged Can-Am overnight and the American restarted at the rear of the field. With nothing to lose, other than a stage win, Jones attacked and was fastest through the first timing point. He went on to claim the day’s victory by 2min 01sec from Mubarak Al-Hajri. 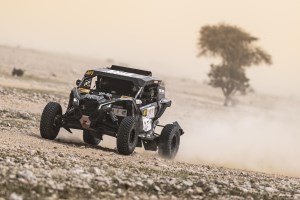 T3 stage winner Jones said: « I am really happy with that. That is definitely what we wanted to do. Obviously we don’t have much to lose, so I was not going to lift my foot off the throttle the entire time and that’s what happens. The wind actually affects the T3 quite a bit. It shakes it around, more so on the highway on the liaisons. It is actually pretty gnarly in the stage and you can feel it shaking back and forth. »

Khalid Al-Mohannadi and Sébastien Delaunay maintained their T3 lead with the fourth quickest time in a Polaris, the Qatari finishing the special 4min 24sec behind Jones and 16 seconds adrift of third-placed Saleh Al-Saif. Al-Mohannadi will now take a T3 lead of 11min 07sec into the last day. 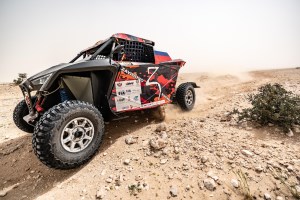 Stege three winner Ahmed Al-Kuwari had hoped to challenge for the T3 lead, but the Qatari suffered a time loss early in the stage and slipped further behind Al-Mohannadi, but still maintains second in T3. Al-Saif, Fedor Vorobyev and Kees Koolen complete the top five.

Al-Kuwari said: « I have no-one but myself to blame. We decided to push all out today to see if we could make up seven minutes because, with these weather conditions, you never know if you have a stage tomorrow. We pushed a bit too hard and we got a puncture. Once you are in the race, you don’t think about the weather conditions. The car veers to the left or the right a little, but the positive thing is you can follow the car in front a bit closer, because the wind blows the dust away. » 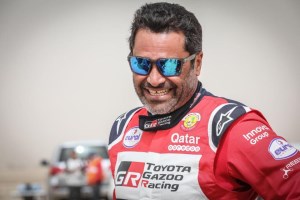 Russian driver Aleksey Shmotov rounded off the top 10 in his Can-Am and Rashid Al-Mohannadi, Mohammed Al-Harqan and Mohammed Al-Meer are still running alongside Al-Hajri and Jones at the rear of the field.

Thursday
The final selective section of 254.58km starts on the Zekret road and heads up the western shoreline before turning south at a passage control near Al-Zubara, after 150.17km. The final timed section then heads through the central deserts to finish at Ash Shafallahiyah.

The post-event press conference and podium finish will take place at Souq Waqif in downtown Doha from 19.45hrs on Thursday evening. 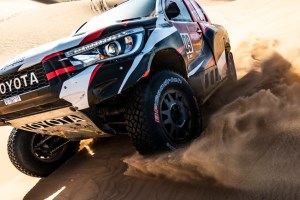 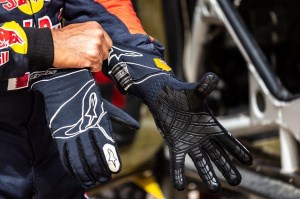