Meet the Tacita T-Race Rally PRO experience: to create and live the competition with the maximum performance, reliability and effectiveness on every terrain.

Powered with energy that flows from the sun, the Tacita T-Race Rally PRO joins the toughest rally in the world: 7.000 kilometers of desert, mountains tracks, and off-piste to cover in two weeks at a frantic pace.

A New Page to write
For more than 40 years, the Dakar Rally has severely tested minds, engines, and muscles. Pressure is at its highest for a reason: Like Russian roulette, there is no second chance. The Dakar Rally is ruthless; a small human mistake or a mechanical failure can cost you the race and leave you waiting another year.

The T-Race Rally PRO will have 60 horsepower, 170 km/h of top speed, and a weight of 168 kilos to tackle the ultimate adventure.
The international team behind this bike is made of people with a racing background and a clear vision; to make our world a better one.
In a world where sustainability has become a buzzword, at Tacita it is simply is a reality.
The mission is clear; a sustainable path to make our lives greener..

December 1978 – January 2020: The Dream Continues
From track to the road – the technological experience gained on the competitions will be transferred
on the Tacita T-Cruise and T-Race so that our racers can enjoy the speed, the reliability and the fun to ride experience as the first pioneers who left the Trocadero on December 26 1978 to follow Thierry Sabine, the visionary creator of the Dakar Rally.

Nicolas Chaix, Team manager of the Tacita Dakar Team: « After 10 years of hard work on rally bikes’ evolutions, it has become an evidence for me that the future has to deal with new energies. It was delightful to see TACITA and ASO join forces for this new adventure. Everything is now on the start line and the team is fully motivated and focused on our full electric 4-year program. »

Pierpaolo Rigo, co-founder of Tacita: « The prototype that competed in the Merzouga Rally in 2012 has become the T-Race Rally Pro that will race the Dakar Rally. Mission accomplished. The research Department, the engineering, the mechanics and the Italian design applied to give a green alternative to the toughest rally in the world in line with our core values. Passion, nature, respect, and emotions pump the heart of our team. » 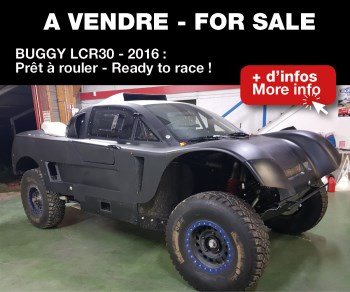