The Saudi Automobile and Motorcycle Federation has announced that it will stage the Al-Qassim Rally, the second round of the Saudi Desert Rally Championship, on October 17th-19th, 2019.

The latest addition to the regional motor sporting calendar is a challenging three-day cross-country rally through desert terrain in the north-central region of the Kingdom of Saudi Arabia.

The event is being organised by the same team that manages the Ha’il International Rally and has been working with the Amaury Sports Organisation (ASO) to bring the Dakar Rally to the Kingdom for the first time in 2020. The federation runs under the presidency of HRH Prince Sultan bin Bandar Al-Faisal.

The Al-Qassim Rally will be based in the city of Buraydah, the capital of the Al-Qassim region, which will also host the Dakar Rally for the first time in January next year. The region is governed by HRH Prince Faisal bin Mishaal bin Saud bin Abdulaziz Al-Saud. 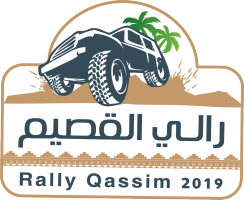 Buraydah is equidistant from the Red Sea to the west and the Gulf to the east and is located on the edge of Wadi Al-Rummah. The rally headquarters will be centred around Dates City in the centre of Buraydah.

Competitive action will take place over one short opening stage and two challenging desert selective sections that will give teams an invaluable insight into the type of terrain that they might face during the Dakar Rally.

The opening stage on Thursday, October 17th is a short, twisty and sandy super special of just 3.55km in Buraydah. It follows the ceremonial start from 16.10hrs.

The second Um Sidrah test gets underway from 08.00hrs on Friday, October 18th and runs for 170km over sandy terrain with difficult navigation and featuring large sand dunes.

Action concludes with the third Al-Shamasiya selective of 200km from 08.00hrs on Saturday, October 19th. This crosses rocky terrain, wadis and a fine balance of sandy tracks featuring difficult navigation and large dunes.

Entries for the Al-Qassim Rally are now open. The closing date has been set for Wednesday, October 9th.