Time is running out for competitors wishing to benefit from reduced entry fees for the 12th Africa Eco Race, which starts from the Principality of Monaco on January 5th, 2020 and finish on the shores of Lac Rose in Senegal on January 19th, 2020.

Preferential rates will close on Sunday evening (September 15th). Prices have been fixed for the last two seasons but will no longer apply at the start of next week and full entry fee prices will be applicable.

Rally officials are currently embarking on a meticulous five-week and 7,000km route reconnaissance through Morocco, Mauritania and Senegal to fine tune the challenging road book and stunning terrain through which Africa’s largest off-road rally will pass at the start of 2020.

Meanwhile, the Africa Eco Race office has confirmed that last year’s Race to Dakar documentary, which was released in mid-August, has so far received in excess of 35,000 views, 600 shares and reached over 110,000 people. 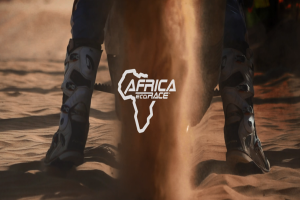 Ziggo Sport, the Dutch sports television channel, has agreed to broadcast a daily 50-minute programme. With a target audience of over four million viewers, the new video outlet will contain fresh daily content brought to the screens by the network’s F1 anchormen Olav Mol and Jack Plooij.

Further details on the route for the 2020 event will be released in due course, but Africa Eco Race officials have confirmed that competitors will pass brand new special stages, starting with the opening special in Morocco on January 7th.