Honda Team Motul are confident of a strong performance at the 24 Hours of Spa, despite heavy traffic in qualifying leaving them further down the grid than expected.

With 72 cars on-track and no end of ultra-strong driver-and-team combinations the length of the Spa-Francorchamps pitlane, finding a breakthrough was always going to be tough.

A clear indication of the closeness of the field was given by a time just 1.3 seconds shy of first place being only enough for 35th place overall in pre-qualifying on the 7km circuit in the Belgian Ardennes.

Qualifying was a stop-start affair with a long stoppage in Q2 preventing Mario from setting a ‘banker’ lap early on an instead placing him in heavy traffic for the duration of his session; the current IMSA GTD points leader setting the 34th best time.

Co-driver Renger fared much better, finding a clear run through the twisty middle section of the circuit in Q3 and lapping within one second of the outright pace on his way to 14th place. 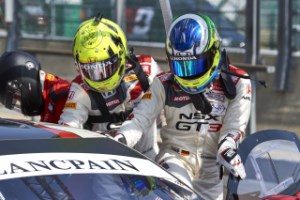 With the qualifying positions set according to the average fastest laps of the drivers of each car, the Honda Team Motul car will start the race, which begins at 16h30 on Saturday, from 33rd place overall and 20th of the Intercontinental GT Challenge-entered cars.

Bertrand Baguette – Honda Team Motul : « Thirty-third isn’t where we want to start, but it’s still possible to get a good result from here. It’s a 24-hour race and it will rain, and when that happens around here, you’re guaranteed incidents. If we can steer clear of that, you never know. Today was strange because between FP1 and pre-qualifying, we made a big improvement with the set-up and I felt very comfortable, but we made some changes for qualifying and the car just wasn’t to my liking. I found it difficult to do a good laptime and wasn’t confident to push hard. I’m sure we can find a solution to this. » 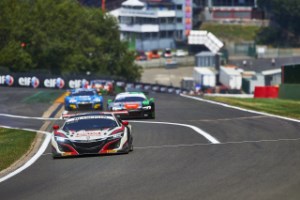 Mario Farnbacher – Honda Team Motul : « The traffic in my qualifying section made it so hard. I managed to get some semi-clear laps in FP1 and pre-qualifying, but never really enough to get fully comfortable with the car for qualifying. Your qualifying group is only 15 minutes and because in my group we had a red flag, I only got half that. It’s not enough time to build momentum or find clear space. Ultimately, it’s a 24-hour race so grid position isn’t the most important thing. Last time I raced here I won, and with the rain that we expect, we could make up a lot of time. We have three very good drivers and we can definitely finish much higher than this if we can stay out of trouble and work the strategy in a clever way. »

Renger van der Zande – Honda Team Motul : « Today was all about being lucky in the traffic in practice, and especially in qualifying. It worked out well for me as I managed to get a reasonably clear lap, unlike my team-mates. The time I set is the maximum that was possible from the car; I was on the track at the peak time, with the tyres in peak condition. The improvement to the set-up from this morning was night-and-day difference and I was really confident to push in qualifying. We can win this. It sounds strange to say, but we can, even from thirty third. We have to keep working the set-up to find some more speed though. » 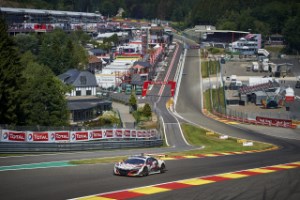 Alessandro Mariani – Team Principal : « Today is a disappointing result because the aim was to make superpole and the top 20, and we just missed this by 0.3s – a tiny amount on a circuit of 7km. We developed the set-up in a good way from FP1 into pre-qualifying, but we got messed about with traffic in qualifying because we just weren’t able to find the best gap on-track to maximise the performance. Renger’s lap in Q3 was very good though and showed that the car is fast, and in Bertrand’s Q4, we saw 48 cars covered by 1.6 seconds, which is incredibly close. Who knows what can happen in the race? It’s 24 hours and we’ll probably have rain, so anything can happen. »