Spain’s traditional round of the cross-country series is based in the town of Teruel and is generally associated with baking summer temperatures, dust and demanding rural off-road stages.

Vorobyev and navigator Kirill Shubin are enjoying an excellent season in the T3 category and currently hold second place in the championship standings, with the Russian a single point adrift of Italian rival and series leader Michele Cinotto. Running under the Zavidovo Racing Team banner, Vorobyev will be hoping to amass as many points as possible over the four off-road stages that lie ahead on Friday and Saturday.

Oman’s Abdullah Al-Zubair has endured mixed fortunes this season in the second South Racing Can-Am with co-driver Faisal Al-Raisi. Stage performances have not materialised into top results and the Omani will be hoping to redress the balance and get his championship challenge on track in Spain. 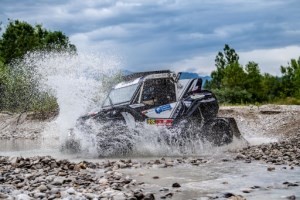 Ilya Rouss drives the third South Racing Can-Am and teams up with fellow Russian Anton Yarashuk, who is also based in the Principality of Andorra in the Pyrenees.

Yacopini has taken part in several events with South Racing in a Can-Am and will be making his first appearance in Europe this season alongside fellow Argentinean co-driver Ricardo Torlaschi. The four South Racing crews will face competition from another six T3 entrants from Spain, Italy, Russia, Belgium and Qatar.

After scrutineering and administration checks on Thursday (July 25th), the action gets underway with two selective sections of 170km and 80km on Friday, the timed tests starting at 09.54hrs and 14.25hrs, respectively.

The shorter of the two stages kick-starts proceedings on Saturday morning from 08.00hrs and the repeat run through the 170km timed section starts at 12.18hrs before the return to Teruel for the finish podium in the afternoon. 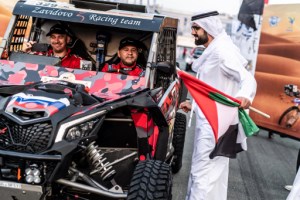