The finest offroad racers on the planet are making their way to the Siberian outpost of Irkutsk for the start of the 2019 Silk Way Rally. There are multiple Dakar champions in attendance as well as exciting new rally-raid talents. Any competitor chasing success must first master the 5,000-kilometre route through Russia, Mongolia and China.

One man on a mission at the upcoming Silk Way will be Nasser Al-Attiyah (QAT). The sand racing specialist finished second at the 2018 Silk Way alongside his co-driver Mathieu Baumel (FRA). The Toyota Hilux duo will looking to go one better this year, and add to the Dakar triumph they achieved earlier this year.

« Last time we raced we won Rally Kazakhstan. This has been a good year for us so far, six races and six wins. » – Nasser Al-Attiyah

Looking to chase Al-Attiyah down on the 10 Silk Way stages will be 53 rival car crews, including Bryce Menzies (USA) and co-driver Xavier Panseri (FRA) in their Peugeot 3008 DKR. 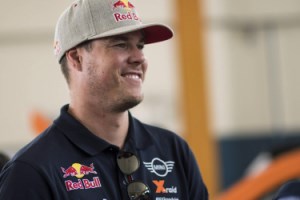 This is the second visit to the Silk Way for Menzies after he raced through Russia, Kazakhstan and China in 2017. On that occasion the American helped himself to a stage win before his chances of a podium finish faded in the Gobi Desert.

« I’m so excited to be back. I can’t be more excited and ready to race the Silk Way Rally. » – Bryce Menzies

There will be loud cheers for the trucks of Team Kamaz Master as they leave their native Russia to carry on racing in Mongolia and China. The serial winning truck team have four crews entered into the race.

Andrey Karginov (RUS), the previous edition’s winner, together with his fellow racers Ayrat Mardeev (RUS), Anton Shibalov (RUS) and Sergey Kupriyanov (RUS), will be competing for the podium. Kupriyanov’s crew will once again take the wheel of the unique gas and diesel-powered Kamaz. For the first time ever at the Silk Way, this edition will feature bikes and quads. In fact, the Silk Way bike race will be the second round of the 2019 FIM Cross-Country Rallies World Championship. Looking to get their hands on precious championship points with be the Red Bull KTM Factory Team trio of Sam Sunderland (GBR), Luciano Benavides (ARG) and Laia Sanz (ESP).

« It was great to finish second in the first race of the championship in Abu Dhabi. I want to carry on like this at the Silk Way. Feeling good, learning all the time and keeping a cool head. » – Luciano Benavides

We’ll also be keep our eyes on Anastasiya Nifontova (RUS) who was the top placed female biker in the « Original » by Motul class at the last edition of the Dakar.

The ninth edition of the Silk Way Rally gets underway in Irkutsk, Russia on July 7 and finishes in Dunhuang on July 16. 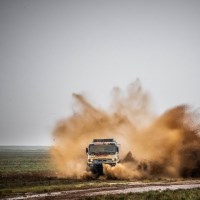 Quotes
Nasser Al-Attiyah: « Last time we raced we won Rally Kazakhstan. We are in the lead in the championship, and this is fantastic. Obviously, this is a good year for us, six races and six wins. »

Bryce Menzies: « I’m so excited to be back. I can’t be more excited and ready to race the Silk Way Rally. I had so much fun at the Silk Way last time, even if I was totally exhausted by the end. It’s 10 days of racing non-stop for 12 hours, the ultimate adventure. I’m aiming for a podium finish this time, that would be huge. »

Sergey Savostin, Kamaz Team Manager at Silk Way Rally: « I’m looking forward to discovering ten diverse and technical special stages stretching across Russia, crossing Mongolia from north to south, before ending in the famous Gobi Desert. This will be a journey of 5,000 kilometres, of which more than 2,700 kilometres are special stages laid across the territories of the three countries. We have an ideal ratio of technical complexity, diversity and natural beauty. I think the 2019 Silk Way Rally will be remembered as the most difficult rally-raid of the year, and also as a unique adventure. »

Luciano Benavides: « It was great to finish second in the first race of the championship in Abu Dhabi. I want to carry on like this at the Silk Way. Feeling good, learning all the time and keeping a cool head. »

Laia Sanz: « Racing the Silk Way Rally is the best way for me to prepare for the next Dakar. The priority is to make sure I’m in top condition in January 2020 so I can meet the new challenges we will face now the Dakar has relocated to Saudi Arabia.