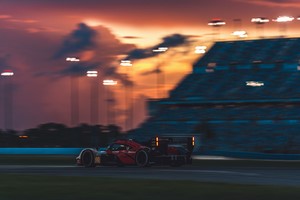 After a two-year break, Nick Tandy returns to the Porsche Motorsport works squad. In 2023, the 38-year-old UK driver will compete for overall victories in the 963 fielded by Porsche Penske Motorsport. The first test drives in the new prototype for the FIA World Endurance Championship WEC and the IMSA WeatherTech SportsCar Championship are planned for December. Frenchman Frédéric Makowiecki, who has been deeply involved in the development of the LMDh racing car since day one, completes the driver lineup for the coming season. 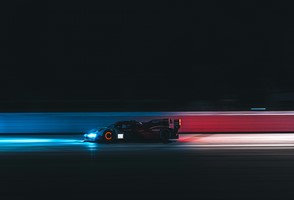 In his first years as a Porsche works driver, Tandy notched up countless successes between 2013 and 2020. The highlight was overall victory at the 24 Hours of Le Mans in 2015 together with Nico Hülkenberg (Germany) and Earl Bamber (New Zealand) at the wheel of the Porsche 919 Hybrid. The 38-year-old from Bedford, England, also left a lasting impression in the GT racing scene: three class wins in a row at the 12 Hours of Sebring with Frédéric Makowiecki as well as victory at the 24-hour classics at Daytona, Spa-Francorchamps and the Nürburgring-Nordschleife. Tandy was also part of the Porsche works squad that claimed a sensational overall victory at the ‘Petit Le Mans’ on America’s Road Atlanta driving the 911 RSR in 2015.

« We’re delighted to welcome Nick Tandy back and to have Frédéric Makowiecki join the squad, » commented Thomas Laudenbach, Vice President Porsche Motorsport. « With Nick and Fred, we know exactly what we’re getting: total commitment, a wealth of experience and incredible talent. The results from the years 2013 to 2020 underlined very clearly what Nick Tandy is capable of. He has won the major endurance classics at Le Mans, Sebring, Daytona, Spa-Francorchamps and the Nürburgring-Nordschleife. Nick belongs to real winners. I’m certain he’ll bring all of his expertise in 2023. Fred Makowiecki knows our new Porsche 963 inside out. He drove the first metres in the LMDh prototype in January and he has worked meticulously in the simulator, tirelessly testing the car to advance its development. I have no doubt that our ten-man squad for 2023 is a force to be reckoned with! » 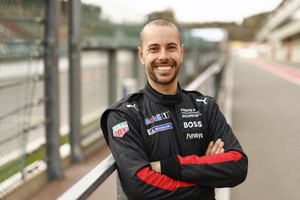 « I couldn’t be happier or more excited to join Porsche Penske Motorsport for 2023 and feel honoured to race the 963 and be back in the top-classes once again. When I heard the names Porsche Motorsport and Team Penske together, it didn’t take long once the discussion started to make a decision. As I well know, Porsche is synonymous with sports car racing and globally known as one of the very best in the business. I’ve also long since deeply admired everything that Mr. Penske and his racing team have accomplished in every series they turn their hand to. I believe we all share the same desire to compete at the highest levels and win at the biggest events and championships. I can see 2023 becoming the start of a fantastic era in our sport. With GTP and Hypercar racing across the two biggest series in the world, I hope we can all live up to the sporting expectation. Porsche Motorsport gave me the big break in my career and my life. We went on to achieve some unbelievable successes together, but that is hopefully just the beginning. I thoroughly enjoyed my last two years of racing together with Corvette. » 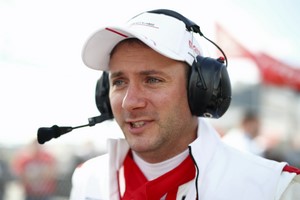 Nick Tandy and Frédéric Makowiecki are the ideal drivers to join the strong squad in the Porsche 963 from the start of the 2023 season. The Frenchman has been a member of the Porsche works team since 2014 and won the 24-hour race on the Nürburgring-Nordschleife with Nick Tandy in 2018. The personal highlight of the 41-year-old from Arras, France, came in June this year: class victory at the Le Mans 24 Hours at the wheel of the Porsche 911 RSR. 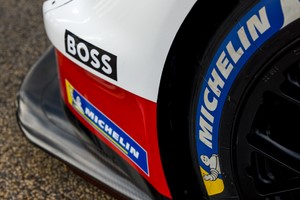 « I’m extremely proud to compete for the Porsche Penske Motorsport team next season, » smiles Makowiecki, who completed the rollout with the new endurance prototype racer on the private racetrack of the Porsche Development Centre in Weissach. « I was involved in the development of the Porsche 963 from day one, so I’ve experienced firsthand the huge advances that we’ve made over the past few months. We’ve made great progress. That’s why I’m looking forward to the first races of the 2023 season. Endurance sport is heading into a new era that will offer thrilling racing in both the FIA WEC and the IMSA series. It’ll be a real spectacle with beautiful and fast cars from many manufacturers. Our goal is clear: we want to win the biggest trophies out there. » 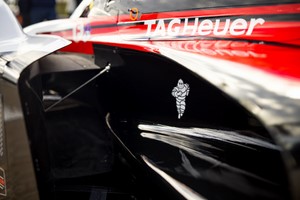