The three MINI JCW Rally crews were the measure of all things at the Baja Poland, the fifth and final event of the FIA European Cup for Cross-Country-Bajas. The two Poles Krzysztof Holowczyc and Lukas Kurzeja won all five special stages to take a comfortable victory. The two Portuguese Joao Ferreira and David Monteiro finished second and thus also celebrated the overall victory in the FIA European Cup. The two Poles Michal Maluszynski and Julita Maluszynska finished third and ended the Cup season in second place. 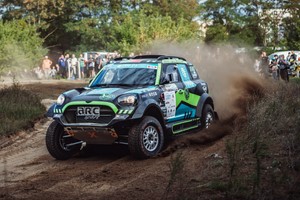 There was no chance of getting past Holowczyc and Kurzeja at their home rally. The two kept the competition behind them right from the start. Holowczyc won all five special stages and ended up winning by 17 minutes. For the Pole it was victory number eight at his home rally. 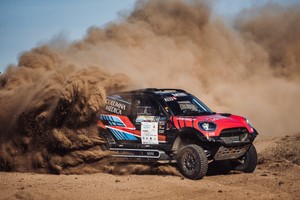