Aragon’s challenges up next for Civic Type R TCR racers
The 5.344-kilometre circuit was the scene of a famous 1-2 for Esteban and Nestor in 2020, but the venue has otherwise been a difficult hunting ground for the Honda Civic Type R TCR – with Nestor taking a best finish of 12th for the car in last year’s races. 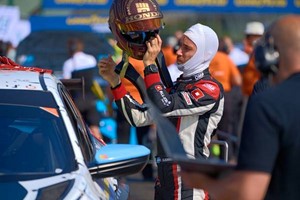 There is little expectation of a drastic change in those fortunes this weekend, due both to the circuit’s characteristics and the compensation weight the car will again carry in Spain.

But the motivation nevertheless remains strong at both customer racing teams, not least for Nestor, Esteban, and ALL-INKL.COM Münnich Motorsport – who head to Aragon still in the lead of the Teams’ Championship.

‘Bebu’ too is second in the Drivers’ standings thanks to a hard-fought podium at the previous round in Hungary, with Argentinian compatriot Esteban also defending a place in the top five in the points.

LIQUI MOLY Team Engstler have had a less fortunate start to 2022 but continue to learn more about the Civic Type R TCR in their first year running the car in the WTCR. 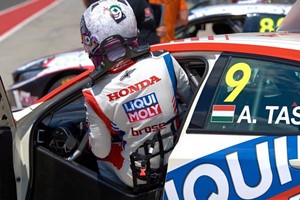 Two 14th-place finishes was not what Attila wanted from his home round in Hungary earlier this month but he hopes to channel that disappointment into a positive performance.

Tiago likewise is looking to move on from the Hungaroring weekend by advancing his and the team’s understanding of the car, regardless of the other challenges that lie in store at Aragon.

Néstor Girolami #29 – ALL-INKL.COM Münnich Motorsport : « Aragon is a tough track for us and we have struggled year-by-year to get close to the top 10 in normal circumstances. Aside from hoping for rain to come, it doesn’t seem like there is a lot we can do because we expect most of the other teams to still be a bit lighter while we carry more compensation weight. We need to work very hard, but we are right there at the moment in the Drivers’ standings and in the lead of the Teams’ points, so the motivation is there to stay in the fight. »

Esteban Guerrieri #86 – ALL-INKL.COM Münnich Motorsport : « Perseverance is one of the words I live by in motorsport and we are certainly going to need some of it this weekend. We have seen enough from our previous visits to say with confidence that this is not a track that suits the Honda Civic Type R TCR, but in any case we will be pushing to get the best set-up we can and the maximum performance from the car. You never know how important one or two extra points can be during the season, so it’s important to take any opportunities we get. » 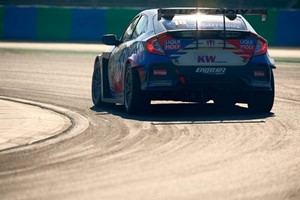 Attila Tassi #9 – LIQUI MOLY Team Engstler : « After the frustrations of my home round at the Hungaroring, it would be nice to bounce back at Aragon but we have to be cautious in our expectations given what we know about the track. Being realistic, I think to get the big points we all want we have to hope for some incidents ahead and that’s simply not something we can rely on. Instead, we are better off keeping our heads down and seeing what chances come. It’s also a weekend where cooperation between all four drivers will be important to getting the best result. »

Tiago Monteiro #18 – LIQUI MOLY Team Engstler : « The Aragon weekend is one we begin by anticipating a tough time out on track but we also go there with an open mind. The pressure is absolutely still there, but we hope to nail some of the basics, including finding the right balance. I’m expecting it to be a learning weekend with LIQUI MOLY Team Engstler where we can continue to develop our understanding of the car. If nothing else, it will be a competitive fight among the four of us Honda Racing drivers in the search for some points. »