The Formula E event in Berlin marks one of the season highlights for Porsche. On May 14th and 15th, the historic Tempelhof Airport hosts rounds 7 and 8 of the ABB FIA Formula E World Championship. The TAG Heuer Porsche Formula E Team aims to use its home race to close the gap to the top contenders in the overall standings. At the wheel of the two Porsche 99X Electric race cars are Pascal Wehrlein (GER/#94), who this year in Mexico clinched the first victory for Porsche in the innovative electric racing series, and André Lotterer (GER/#36).

With Formula E, Berlin showcases itself as a metropolitan city at the forefront of electromobility. It is the only city where the world’s first all-electric racing series has been a regular fixture on the calendar every season. « We want to wow fans with thrilling racing, » says Florian Modlinger, Director Factory Motorsport Formula E. « And thereby help boost the popularity of Formula E in Germany. » 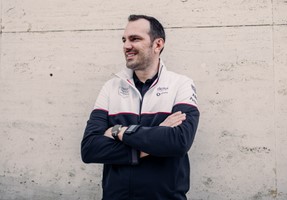 Q&A on the Berlin E-Prix
Florian Modlinger, Director Factory Motorsport Formula E
Two different track layouts are used in Berlin. What does that mean in terms of race preparation?
« It’s as if we’re preparing for two separate race weekends. For the team that adds more stress, not only in preparation but also on the race weekend itself. Our goal is to be competitive on both track variants. »

What experience and insights are you taking to Berlin from the races so far this season?
« What we’ve seen more than anything is that, since the second race, we’ve been able to fight for podium placings and victories. We want to continue that in Berlin. »

How well did the team cope with the retirements in Monaco?
« Monaco is behind us. We’re professional enough to know that such setbacks are a part of motorsport. That’s why we’re looking ahead. The team will do everything in Berlin to regain the points that we lost in Monaco. » 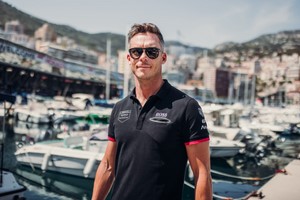 André Lotterer, Porsche works driver (#36)
You managed to secure a podium spot in Porsche’s first Formula E season in Berlin 2020. What do you expect this time?
« We’ve always looked really good in Berlin. With the progress we’ve made, I’m certain we have a successful weekend ahead of us. What I’m looking forward to the most is the enthusiasm of the fans. Although I live in Monaco, Berlin is a real home race for me. I love this city. »

How do you view the previous races this season and how are you handling the disappointments in Monaco?
« We experienced highs and lows, and sometimes a few points slipped through our fingers but we’re doing a good job as a team. We’ve improved enormously, especially in qualifying. The Formula E is a very competitive world championship, and nobody makes it onto the podium at every race. We mustn’t let setbacks like in Monaco deter us from continuing to work hard towards our goal. Then the successes will come again. » 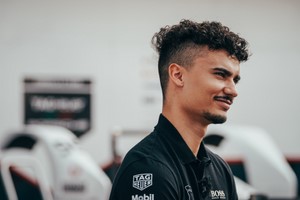 Pascal Wehrlein, Porsche works driver (#94)
What makes the races in Berlin so special and what has to happen so that everything runs as well as it did when you won in Mexico?
« We’re all looking forward to this race. In Berlin, there will be a lot of Porsche fans at the racetrack supporting us from the sidelines. This will be a real home game and a special motivation for the whole team. The competition in Formula E is extreme, you can’t win every weekend. In Mexico, we gave a very strong performance, and even in Monaco a podium finish would’ve been possible, maybe even a win. Everything was coming together. The car felt great right up until we retired, we had the right strategy and our setup changes were good. If this is also the case in Berlin, we have an excellent chance to secure our second win of the season. » 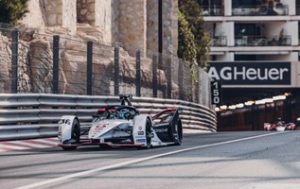 What are your thoughts on driving one way on Saturday and the opposite way on Sunday in Berlin?
« Honestly, I’m not a huge fan of the idea. We have to prepare for two track variants, and all that in the short timeframe between Monaco and Berlin. However, it won’t be a big problem to get used to, particularly because we’ve often driven both variants in the past. I don’t particularly prefer one over the other. We need to try to be fast on both tracks. »

The racetrack
This unique feature is something Berlin is keen to retain: On the 2.355 kilometre Tempelhof Airport Street Course with its ten turns, race 7 takes off on Saturday, with race 8 on Sunday contested in an anti-clockwise direction. This ensures variety and extra excitement on the apron section of the historic airport, which, with its old concrete surface, is particularly punishing on the tyres. While the circuit is not a traditional street course, fans still add a lively atmosphere.