Making no mistakes is the most important task in the Dakar Rally. Tim and Tom Coronel kept to that plan in stage 1B of the 2022 edition. That was rewarded with a surprising nineteenth place. 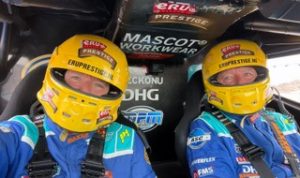 The first real stage of the Dakar Rally, a 333 kilometer loop with start and finish in Ha’il, was unexpectedly tough. Especially in terms of navigation. At 270 kilometers into the special stage, one after the other made mistakes. Some participants – certainly not the least – took two hours to find the right path. It was one big tangle of motorcyclists, cars and trucks at that point.

Tim and Tom Coronel also had to search for a while. « We were too far to the right, » says Tom, who had the role of navigator. « We saw a helicopter on the left, a kilometer away. That’s strange, because the helicopters are actually always close to the course. We drove there and it turned out that the waypoint that we had to have, and that everyone was looking for, was 3 kilometers back. So we drove back a bit and then we found it. That helicopter was our luck. » 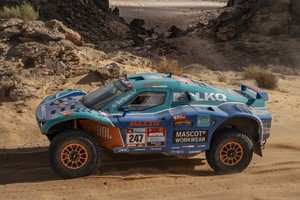 There were still two points where Tom lost his bearings and his way, but that too was quickly resolved. « We’re not that fast yet, but that’s okay, » he says. « We have achieved this result through experience, and the pace will come naturally. Tim is looking for his rhythm and it’s getting better and better. We’ve got the car in a hold. The Century is doing great. No beep, no creaks, does what we want it to do. »

Since it was only the first stage, the Coronel brothers are also nineteenth in the general standings, 1 hour and 48 seconds behind classification leader Nasser Al-Attiyah. « It’s really nice to be able to start like this. » 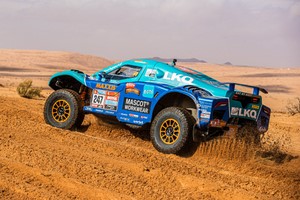