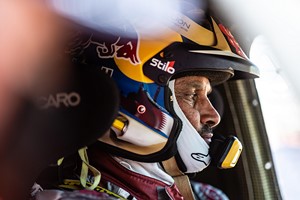 Overdrive Racing’s Nasser Saleh Al-Attiyah and Matthieu Baumel returned to cross-country rallying action for the first time since the Andalucia Rally in mid-May and snatched a late victory in the three-stage Baja Spain Aragón, round five of the FIA World Cup for Cross-Country Bajas, on Saturday.

Leading by 64 seconds heading into the final stage, Al-Attiyah lost time to French driver Sébastien Loeb during the early kilometres of the selective section and looked to be heading for second place until his rival dropped around 14 minutes near the finish with power steering issues and slipped to seventh overall. 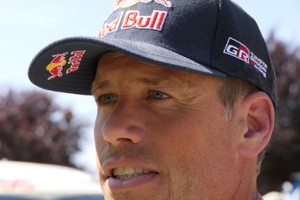 « It was a difficult last stage for everybody but I am quite happy to win this race, » said Al-Attiyah, who suffered tyre wear on the abrasive surfaces in the high temperatures and duly recorded his fourth Spanish Baja success (2008, 2016 and 2017) and his third with Toyota. « Today everybody had problems. It was not easy at all. The last 40km we had serious tyre wear issues. » 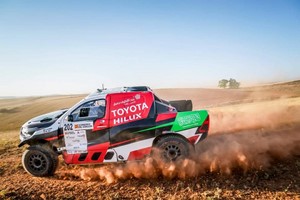 Al-Rajhi and Michael Orr had rekindled their working partnership on the early stages of the Silk Way Rally at the start of the month before the team withdrew from the shortened event. That decision enabled Orr to give a back injury more time to heal and the Ulsterman guided the Saudi to third overall and the final podium slot at the finish of the Spanish event in Teruel. The points’ haul also lifted Al-Rajhi closer to Baja series leader Yasir Seaidan in the title race.

The Portuguese duo of Tiago Reis and Valter Cardosa crewed a fourth Overdrive Toyota. They earned fourth and fifth quickest times on the last two stages on the way to an excellent fourth place. 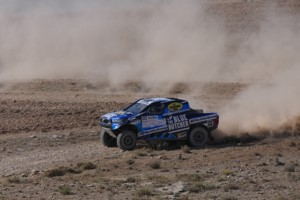 Erik Van Loon began the Baja in sixth place in the FIA World Cup for Cross-Country Bajas Drivers’ Championship and he and French co-driver Sébastien Delaunay reached the finish in a similar position to boost the Dutchman’s points tally behind points’ leader Seaidan. 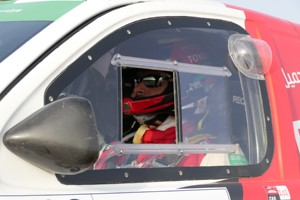 « It was a good first stage, no real problems, but it was not easy for the rear tyres, » said Al-Attiyah. « We were the first car all the way. It is not easy to open the road. »

The second leg was divided into two selective sections of 112.91km and 208.36km with cars tackling the opener from 07.40hrs before the heat of the morning sun gained its strength.

Al-Attiyah set the fastest time to move into an outright lead of 1min 04sec over Loeb, who set the third quickest time behind Orlando Terranova. « It was a good stage and I am quite happy to have the lead, » said the Qatari. « There was a lot of dust and we could not pass Seb. » 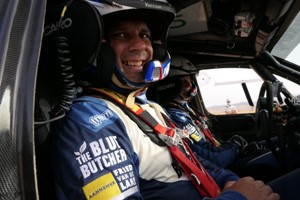 Reis, Al-Rajhi and Van Loon completed the shorter opener in fourth, seventh and 11th places to hold fourth, fifth and eighth in the general classification. Esteve was 19th and held 10th.

But Loeb managed to attack from the front in the third and final stage and the Frenchman held off Al-Attiyah until the closing kilometres when he lost vital minutes with the power steering woes and slipped out of contention for the win.

Al-Attiyah duly recorded the fastest time and was able to seal victory by the margin of 4min 40sec from Ekström. The third and fifth quickest times lifted Al-Rajhi and Reis into third and fourth overall. 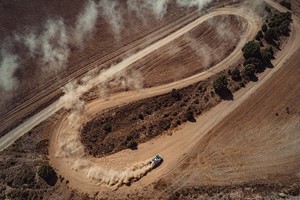 The FIA World Cup for Cross-Country Bajas resumes in Hungary at the start of August. 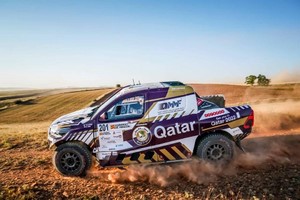