The 2022 Dakar Rally will see three legends of motorsport – Mattias Ekström, Stéphane Peterhansel and Carlos Sainz – add an historic new chapter to their careers by driving the first hybrid car using an electrified powertrain at the world’s toughest rally. 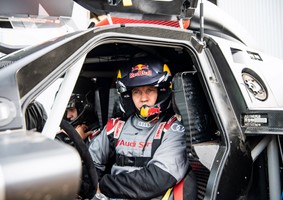 Here is all you need to know:
– Ekström, Peterhansel and Sainz will usher in a new era next January 1-14 from Ha’il to Jeddah in Saudi Arabia, each driving an Audi RS Q e-tron, which boasts the event’s first electrified powertrain.

– Audi is taking the prototypes to Dakar as a test laboratory for its future technologies and the champions driving them will be providing valuable feedback as they look to secure the coveted title.

– As there are no charging opportunities in the desert, the RS Q e-tron combines a highly efficient, turbocharged engine with motor-generator units that recharge the high-voltage battery while driving. Energy is even recuperated while braking and the car needs only one forward gear. 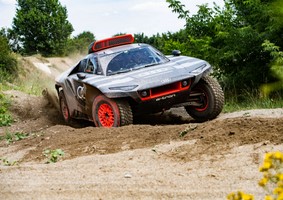 – Swede Ekström, 43, explained: « With the e-drive, power and torque are instantly available at the slightest touch of the accelerator pedal. Another advantage, especially when driving in the dunes, is the single-speed transmission, which saves constant up and down shifts. »

– Ekström – the former FIA World Rallycross champion, two-time DTM champion and winner of four Race of Champions titles – is relishing the challenge as he approaches only his second Dakar Rally attempt.

– He added: « The Dakar will definitely be one of the most exciting adventures of my career. To tackle this exciting project together with the team with which I celebrated my greatest successes is fantastic. Although I’m 43 this year, I feel like a junior compared to Carlos and Stéphane. I still have a lot to learn, but I’m really looking forward to it. » 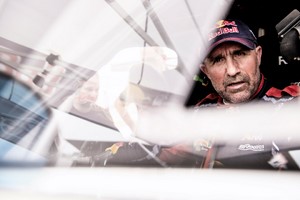 – Frenchman Peterhansel, 55, is the defending car champion and, thanks to an amazing 14 wins across 33 starts in cars and on motorcycles, he is also the most successful Dakar Rally competitor of all time.

– He said: « Probably the last step I can take as a professional driver. The future is electric. In 10 years, everyone will be driving electric cars. The Dakar is an extreme test for this technology. »

– At 59, Sainz is one of Spain’s greatest ever athletes and among the fastest rally raid competitors after three Dakar Rally titles as well as two World Rally Championship titles in 1990 and 1992. 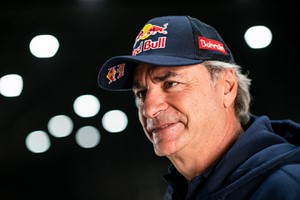 – ‘El Matador’, who is also racing in Extreme E, revealed: « I’m still hungry. If I wasn’t, I wouldn’t accept this challenge that is very important to me – to try to win the Dakar Rally with Audi. It’s a fantastic, extreme project – the ultimate challenge for an electric powertrain. »

– Andreas Roos, responsible for factory motorsport commitments at Audi Sport, added: « The drivers and co-drivers make the difference at Dakar. The fact that we will have three driver teams at the very highest level is reassuring. Now it’s up to us to complete the development of our innovative car and kick off the energy revolution in cross-country rallying. »