The Automotorsport Federation of the Republic of Kazakhstan (AMFK) today announced the strongest entry for Rally Kazakhstan in the five years that it has been an integral part of the FIA World Cup for Cross-Country Rallies. The event takes place on June 8th-13th and will also be the opening round of the FIM Cross-Country Rallies World Cup for the first time this year. 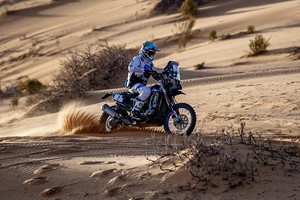 Forty-one FIA crews, 14 motorcycles and four quads running in the FIM section and two Gaz trucks and an entry from Aktau in the national category will line up at the official ceremonial start in Aktau City on the shores of the Caspian Sea on June 8th.

There is a pair of Ford F-150 Evos for the Czech veteran Miroslav Zapletal and local driver Andrey Cherednikov and a strong local presence in the T1 category. Former Africa Eco Race winner Mathieu Serradori has also entered the rally in his South African-built Century CR6. 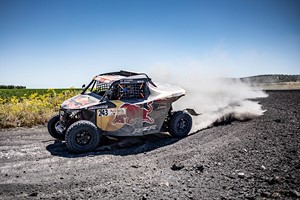 The entry has strength in depth across both the FIA T3 and T4 categories, with Boris Gadasin, Andrey Novikov, Guillaume de Mevius, Cristina Gutierrez and Fernando Alvarez among 13 drivers challenging for T3 success.

The opening round of the FIM series sees the first appearance of the Red Bull KTM factory racing team since the Dakar Rally in January. Dubai-based Briton and former Dakar winner Sam Sunderland heads the two-wheel field and is joined in the Austrian team’s line-up by Austria’s Matthias Walkner, who reached the top step of the Dakar podium in 2018. An injury has forced this year’s Dakar winner Kevin Benavides to withdraw his entry on a third KTM. 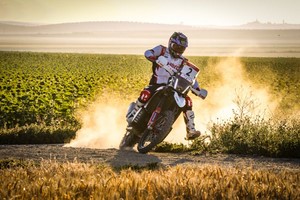 The outcome of the second round of the FIA World Cup and round one of the FIM series will be fought out over five demanding selective sections in the Aktau and Kenderly areas on the Mangyshlak Peninsula of western Kazakhstan between June 9th-13th. In a total route of 2,270.21km, 1,465.64km will be competitive pending any late changes.