Toyota’s Nasser Saleh Al-Attiyah and Matthieu Baumel delivered a text book performance to secure what they though would be their respective FIA Drivers’ and Co-drivers’ titles, after a thrilling finale to the 2020 FIA World Cup for Cross-Country Bajas at Hail Baja 2 on Wednesday. 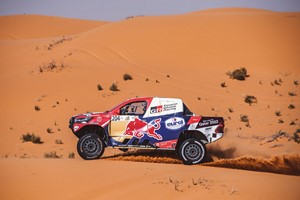 But a protest was placed by Vladimir Vasilyev’s VRT Team and the outcome of the event was decided by the FIA Stewards late on Wednesday evening. Time penalties for excess speed were imposed on four drivers inside the top eight and the two-minutes handed to Al-Attiyah was enough to overturn the 54-seconds he had earned over Sainz and the win was duly handed to the Spaniard, even though he too was also awarded a one-minute punishment.

Worse still for Al-Attiyah, was the loss of seven points – the difference between winning and finishing second – that gifted the world title to Vasilyev and saw Al-Attiyah’s Toyota team-mate Tom Colsoul tie for the co-drivers’ crown with Baumel, before the latter took it unofficially on a tie-break. 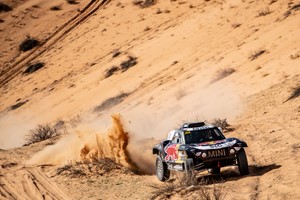 Trailing overnight leaders Carlos Sainz and Lucas Cruz by 2min 20sec at the restart, Al-Attiyah began to eat into the stage-opening Spaniard’s lead, knowing that outright victory should give him the Drivers’ title. Over the day’s short desert section of 180.38km to the north-west of Hail, 33 seconds of Sainz’s overnight lead was eroded after 69km and 46 seconds had gone by 95km.

After 121km, 68 seconds of the advantage had been devoured but Al-Attiyah was running out of kilometres to overturn the deficit. As Sainz agonizingly lost vital seconds trying to find a tricky late waypoint, the Toyota driver stormed through the closing kilometres to claim a 54-second win, not realising at the time that the result would be overturned hours later. 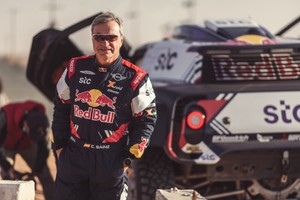 Sainz said: « It was a difficult place to find a waypoint. That’s all. It was a mistake in the road book. I don’t want to make any excuses, but I think we should have cameras in the cars at all times. This should be compulsory. It was good practice for the Dakar. »

Peterhansel added: « It was a very fast stage, especially at the beginning and then it was a bit more technical. It was good to do these days of racing here. This is the first time that we did the navigation in the desert together. » 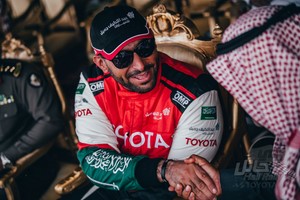 Saudi driver Yazeed Al-Rajhi was third on the day in his Overdrive Toyota and reached the finish in fourth place, while Poland’s Jakub Przygonski recovered strongly from a disappointing Hail Baja 1 to confirm fifth overall on the second event.

Al-Rajhi said: « We do it well. We try our best to try and catch Peterhansel. But he is a fast driver. He has a lot of experience. When I see the mark in the road, every car in the front, cutting, was flying. After that I thought, okay, everybody push and then we stay safe to make no mistake. It was good training for Dakar. We still need to improve ourselves. » 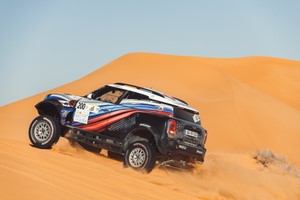 Russian Vladimir Vasilyev (Mini) celebrated his title at the 11th hour, but Dutchman Bernhard Ten Brinke (Toyota) fell short in the goal of winning the championship. Vasilyev reached the finish in sixth to seal the Drivers’ Championship and Ten Brinke was seventh.

Yasir Seaidan stormed into contention for the stage win with impressive early split times in his SRT Century Buggy and eventually finished sixth to record eighth overall. « We are here to develop the car and we have made lots of changes. Today was a fast stage and nice for the Buggy. We hit top speed 180 (km/h) maybe five times. We seem to do better in the first parts of the stages every day. Now we think we are ready for Dakar. » 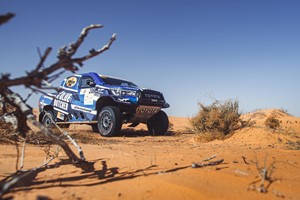 Erik van Loon and Denis Krotov rounded off the top 10
Saleh Al-Saif missed out on the FIA T3 title to Vasily Gryazin but the Saudi driver had the consolation of winning T3 at both of the Bajas. Guillaume de Mevius came home in third place but missed out on second in the championship to the Saudi 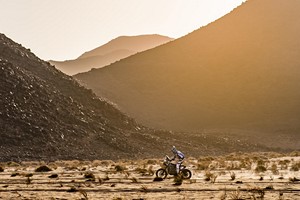 Frenchman Adrien Van Beveren cruised to a second Hail Baja victory with a fourth successive fastest time on his Yamaha WRF 450. Troubled only by one navigational misjudgement throughout the two events, Van Beveren took the opportunity to fine tune his navigational skills and improve his confidence before taking on the might of KTM, Honda, Husqvarna and Sherco at the Dakar Rally in January.

« I am happy. This was good training, » said Van Beveren. « The stage today was very difficult. Really technical navigation and a lot of sand. I had a lot of fun. I love this desert here in Saudi. I can’t wait now for the Dakar. If I think about one year ago I was about to stop my career after the crash with many problems with my shoulder and now I am feeling 100%. » 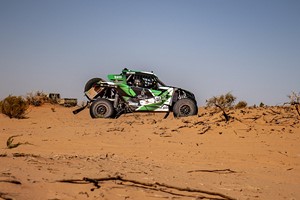 Abdulmajeed Al-Khulaifi gained revenge on Riyadh Saud Al-Shammeri for the latter beating him at Hail Baja 1 and the multiple Hail International Rally winner sealed the quad category win by 1min 54sec. Both riders fell foul of the vagaries of the road book at the 140km point and incurred 15-minute time penalties. 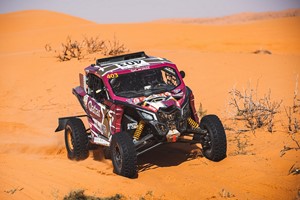 Saleh Al-Abdelali (Hummer) pipped Al-Mashna Al-Shammeri (Nissan Pick-Up) to victory in the National Rally by 1min 46sec. Muneef Al-Shemmeri (Nissan) was third and Mattias Ekström finished a fine fifth in the new X-raid Yamaha YXZ 1000R that was being tested for the first time. 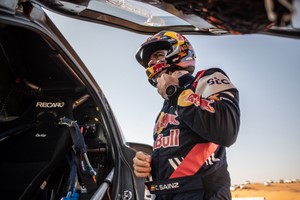 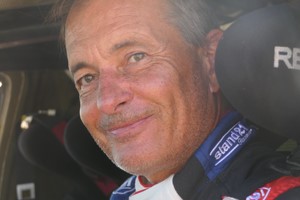 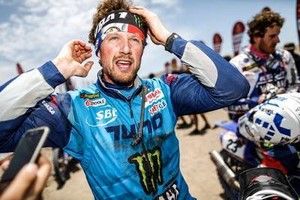 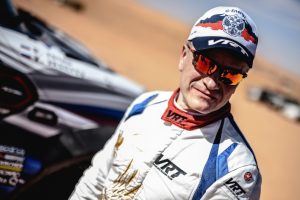 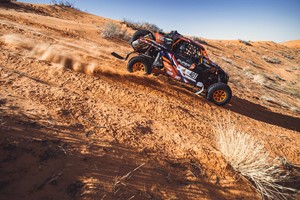