With less than a month until the start of the Rally Dakar in Saudi Arabia, the X-raid MINI JCW Team is using the Hail Bajas to complete its final preparations with the MINI rally cars. The two MINI JCW Buggy crews of Carlos Sainz/Lucas Cruz (both ESP) and Stéphane Peterhansel/Edouard Boulanger (both FRA) finished second and third at the Hail Baja 1. The Russian pairing of Vladimir Vasilyev and Dmitry Tsyro ended the two-day Baja in fifth place. Victor Khoroshavtsev and Anton Nikolaev (both RUS) finished 16th in the MINI JCW Rally. 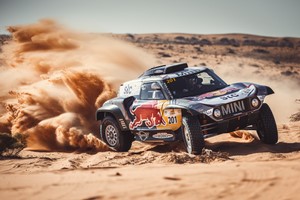 Both MINI JCW Buggy crews fared well on the two special stages. Peterhansel lost a little over ten minutes on day one, when he was forced to change a flat tyre. As such, he finished the opening stage in third place, behind Sainz. He was then second, ahead of Sainz, on the Saturday. However, the Spaniard’s lead from day one was sufficient to see him hang onto second place overall.

Vasilyev and Tsyro finished in the top ten on both days in their MINI JCW Rally and ended the event in fifth place overall, ahead of Bernhard Ten Brinke, who lay ahead of them in the FIA World Cup standings and so took the overall lead. 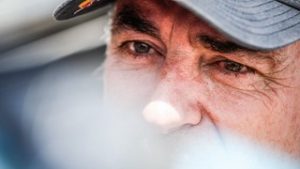 Carlos Sainz: « That was a very good test for us. We came through both stages without any issues and are making progress all the time with the MINI. We will now consider how to approach the second Baja. We still want to make a few minor changes, in order to be as well prepared as possible for the start of the Dakar. » 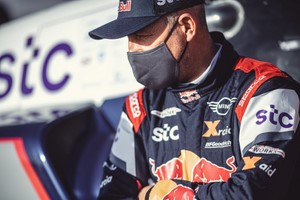 Stéphane Peterhansel: « I see this Baja as more of a very long shakedown. Yesterday was the first time this season that I have driven the Buggy, and I am really happy with it. I didn’t push to the max, as I don’t want to take any big risks with the car I will be using at the Dakar. I liked today’s stage more than yesterday’s. It was a mix of fast sections, sand and dunes. The scenery was stunning. » 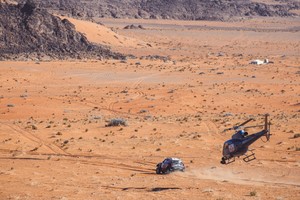