For the first time in its history, X-raid has embarked on a project outside of the T1 category (prototype cars). In cooperation with Yamaha, a vehicle based on the Yamaha YXZ1000R SxS is being developed and assembled ready to tackle the Dakar. The objective for the ‘X-raid Yamaha Racing Rally Supported Team’ is to offer interested drivers a vehicle – the YXZ1000R prototype – that is ready to race.

After initial conversations at the start of the year, the engineers at X-raid have continued to put their heads together during the enforced break in rallying due to the COVID-19 pandemic. The Yamaha YXZ1000R prototype will fulfil a number of different requirements: it will offer beginners a race-ready alternative, which will conform with the requirements of the FIA and SCORE in the future.

The first step was to change all three dimensions of the Yamaha YXZ1000R, which was made wider, longer and lower. As there is no turbo engine, a minimum weight of 800 kilograms applies. This is to be achieved in the next development step. The centre of gravity was also lowered and the weight distribution optimised. Furthermore, the axles were strengthened, and the engineers got to work on the driving dynamics: the Yamaha is the first model on which the damper mount points have been positioned on the outside and a specially developed Reiger suspension system has been installed. The team has also put its faith in familiar, long-term partners for other components. For example, the vehicle features an Akrapovic exhaust.

The ‘X-raid Yamaha Racing Rally Supported Team’ will line up in the T3 category (a subcategory of the Car class) at the Dakar 2021, as it does not yet meet all the prerequisites to enter the T4 class. These were put in place for SxS, of which a minimum number have been made, in order to separate them from the prototypes. The two Yamaha YXZ1000R prototype will complete their first competitive kilometres at the second Hail Baja in Saudi Arabia.

When they do so, the new team will line up with two exciting driver/co-driver pairings: Sweden’s Mattias Ekström is set to make his Dakar debut alongside compatriot Emil Bergkvist. Ekström is a very versatile driver, who has enjoyed success in circuit racing, rallying and Rallycross, and is now looking forward to a new adventure in the desert sand at the Dakar. 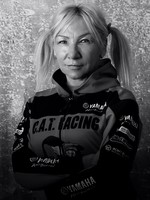 In the second vehicle will be Camelia Liparoti and Annett Fischer, who contested the Dakar 2020 together. Camelia is a Dakar veteran and first took part in the iconic desert rally in 2009. Liparoti has won the women’s competition at the Dakar in various categories. Fischer can call on experience gained, not only as a co-driver, but also as an SxS driver. She has won races in Morocco as a co-driver and finished 14th in the T3 class as a driver at her first Dakar in 2019 and therefore also the victory in the women’s classification. At that time Liparoti and Fischer were still competing against each other in the women-classification, since the Dakar 2020 they are the ‘Only 100% Female’ team. 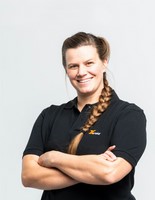 Sven Quandt: « This project is an important step for X-raid, as we are developing a vehicle outside the Car category (T1) for the first time in the company’s history. We have been monitoring the SxS market for a long time and I was also heavily involved in developing the regulations for this class. Now is the right time to be active in this market, together with Yamaha. We believe that this class will play a key role in crosscountry racing in the future, both for newcomers and experienced Dakar drivers, as well as for professionals. We are delighted to have Mattias on board, and that he is a part of this new and very exciting project. Camelia and Annett have been involved in this sport for a long time and can call on a wealth of Dakar experience. Both pairs give us the opportunity to gain a lot of experience in the coming weeks. »

Mattias Ekström: « It has always been a dream of ours to drive the Dakar. I have contested so many different races in my life. What better way than to ask Sven, who I have known for about 20 years. We were finally able to get together a budget to race a SxS, and the new X-raid project gave us a good base. We have been made more than welcome. We are really looking forward to the Dakar 2021. It is also the perfect preparation for the start of the Extreme E season in Saudi Arabia. After all, I have never driven a race car on sand or in the dunes before. »