Sacha Fenestraz endured mixed results during the Super Formula double-header at Suzuka International Circuit, finishing in the points before an unlucky retirement the following day.

The French-Argentinian driver finished on the podium last weekend in his final Super GT race of 2020 before returning to Suzuka with Kondo Racing for two races over the course of two days.

Sacha started the first of two races in 15th, just ahead of his team-mate Kenta Yamashita. Although the race took longer than expected to get underway, and was disrupted by three safety car periods, Sacha stayed in contention and battled with the drivers around him. 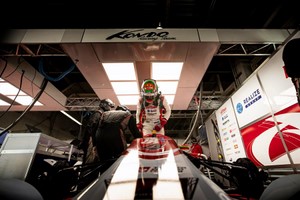 During the final few laps of the race Sacha was able to overtake Charles Milesi to move into 10th position, which he was able to hold until the chequered flag to score another championship point.

The performance was made more impressive when the team found that Sacha was carrying damage during the race.

« We had a slow puncture during the warm-up session before the race, and during the race I struggled with the balance of the car. We found after the race that there was an anti-roll bar that was broken, that hurt our overall performance. »

Despite this, the result was his first finish in Super Formula since he finished on the podium on his debut in the championship.

« I was very happy to finally manage to finish a race after a lot of unlucky races in the past. I learnt a lot after managing the tyres during the race, how execute the push-to-pass system well, as well as my second Super Formula pit stop. From an experience perspective it was a very good race. »

The next day Sacha started the second race in 12th position, but on the second lap of the race a collision with Kamui Kobayashi sent him into the barrier and out of the race.

Sacha explained that like the retirements earlier in the season, there wasn’t a lot that he could have done. 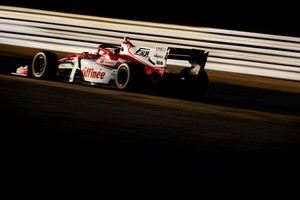 « In the race I was very unlucky. On the second lap heading to the last chicane, I went onto the outside of Kamui Kobayashi and was being squeezed onto the grass. In the braking zone we made contact which pushed me onto the grass and into the wall.
« There wasn’t much I could do in that situation, it was out of my control. Kamui did apologise after the race, but it is a big shame to end up with another race that ended early. I will keep on learning and doing my best, and hopefully we can have a good last round. »