Yamaha’s official factory rider Adrien van Beveren tops an impressive entry in the motorcycle and quad categories for the forthcoming two Bajas in Hail that will run on December 10-12 and 14-16.

The Frenchman heads an entry that currently stands at 31 motorcycles and 21 quads for the FIM sanctioned event that is being organised by the Saudi Automobile and Motorcycle Federation (SAMF) and gives competitors a perfect opportunity to test and practice their navigational techniques before the Dakar Rally in January. Rally officials will release the FIA car, truck and national category entries on Saturday. 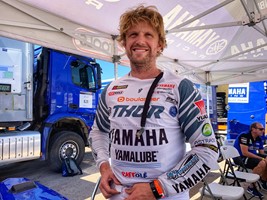 Van Beveren is one of the most talented of the current crop of cross-country riders, has won stages on the Dakar and led the event in the past. Last year he fell and incurred a wrist injury, but is back to full fitness and finished second at the Andalucia Rally in southern Spain in October. The Yamaha WR 450F rider will be using the back-to-back Bajas in Hail to finalise his preparations before the Japanese manufacturer goes up against the likes of KTM, Honda, Husqvarna, Sherco and Hero in the Dakar.

His main international rival could well be young rider Konrad Dabrowski at the helm of a KTM 450 Rally as part of the Duust Rally Team. The Pole is the son of former professional rider Marek Dabrowski, who spent the latter part of his career competing on FIA World Cup events on four wheels with the Overdrive Toyota team. 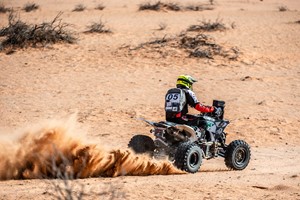 Saudi Arabian riders dominate both the bike and quad categories, but Ali Ashoor, Rashed Al-Hassan, Othman Al-Ghfeli and Rashid Abdullah represent the UAE in the two-wheel section and Khalifa Al-Raeesi will tackle the event on a Honda TRX 450 ER quad. The State of Kuwait will be represented by Mohammed Jaffar on his KTM. 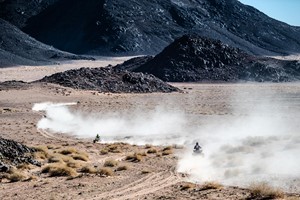