The French-Argentine driver will get his first taste of the all-electric championship following the Marrakesh E-Prix where he will pilot the Jaguar I-TYPE 4 during a one-day test.

Since winning the 2019 Japanese Formula 3 Championship, Sacha has attracted the attention of some of the biggest manufacturers in motorsport. He was recently signed by Toyota, earning his first professional backed-drive where he will be racing in the 2020 Super GT and Super Formula series.

The test in Morocco will present an exciting challenge for Sacha, as he gets to demonstrate his driving ability in another world-renowned championship.

« I am extremely happy and grateful for this amazing opportunity Panasonic Jaguar Racing has given me, » Sacha said. « I’m really looking forward to my first experience in the Jaguar I-TYPE 4, it’s going to be something very different to what I’m used to – I’ve never driven an electric racing car before. Now I just can’t wait to arrive in Marrakesh. » 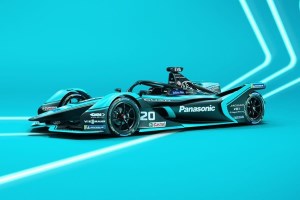 Jaguar entered ABB FIA Formula E for season three and have claimed numerous race wins and podiums, marking their territory in the groundbreaking championship. Now in their fourth year of competition and looking to build on previous success, they are looking forward to welcoming Sacha to their testing line-up.

« It is great to have Sacha join us for the rookie test, he is a young driver we have had an eye on for a while, » James Barclay, Panasonic Jaguar Racing Team Director, commented. « We’ve got a thorough test programme planned for him in Marrakesh. It’s important that we use these rookie tests to not only offer young drivers the opportunity to experience Formula E and showcase their talent but to also assist in the development of the I-TYPE 4. The whole team are looking forward to working with him. »