After winning the championship at the last race at Fuji, the pressure was off for Sacha. Sacha finished fourth overall in practice and then put in a good performance in qualifying to start both races from the front row alongside pole-sitter Ritomo Miyata.

The pair had an exciting opening lap to race one as they battled for the lead, although after that Miyata was able to create a gap out front. Sacha held his own on track and was able to achieve a respectable second-place finish.

Miyata and Sacha started on the front row again on Sunday for the final Japanese F3 race of the year, and the final race of the series before being rebranded next year. 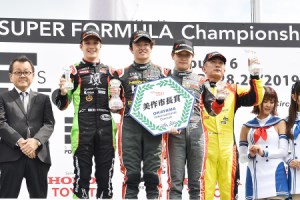 Like in the opening race of the weekend, Sacha wasn’t able to match the speed of Miyata at the start. However, he focused on creating a gap to the drivers behind him and he wasn’t troubled in second place.

Despite not ending the season with a win in the final races, Sacha was very happy with how the weekend went.

« I ended up second in both races after qualifying second. Nothing really happened apart from the first lap in the first race, where I was trying to overtake Miyata and we had some side by side moments. It was cool to end the championship like that. »

Sacha thanked the B-Max Racing with Motopark team for the season and giving him the chance to fight a strong TOM’S team. 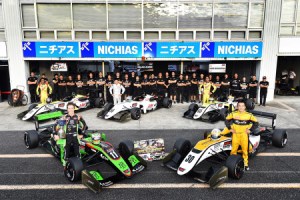 « It has been a very good year. It was very tough as well as TOM’S and Miyata both have a lot of experience in this championship and with the car. We expected they were going to be very tough to beat, but we worked very hard to make it happen. »

Sacha finishes the 2019 season as the Japanese F3 Champion with a 20-point gap to Miyata. However, he still has one more race left this year, in November he will compete in the final Super GT race of the year at Twin Ring Motegi.