South Racing Can-Am Team’s Fedor Vorobyev moved ever closer to clinching the T3 Championship title with a second successive victory on a round of the 2019 FIA World Cup for Cross-Country Bajas.

The Russian and co-driver Kirill Shubin guided their Zavidovo Racing Team Can-Am Maverick X3 to victory in the seven-stage Orlen Baja Poland and that enabled Vorobyev to finish in a superb first overall.

He duly extended his advantage in the series standings to an unofficial 31 points after close rival Santiago Navarro was badly delayed on the fifth stage and retired and Michele Cinotto incurred hefty time penalties on day one.

« It was another really strong result for the team that showed that the Can-Am Maverick X3 continues to dominate in its class, » said South Racing Can-Am Team’s Scott Abraham. « The result further extends their lead in the Baja World Cup. A big thanks to all the team and we all look forward to Baja Jordan in three weeks’ time where we will continue to try and push for the title. »

Vorobyev came into the weekend’s action with a six-point lead over Navarro in the FIA T3 Bajas rankings following his win in Hungary.

Navarro clocked the quickest time of 6min 38.9sec through the opening 7.09km super special stage in Szczecin and moved 23.3 seconds in front of Vorobyev, with Cinotto in third place and Frenchman Eric Abel in fourth. 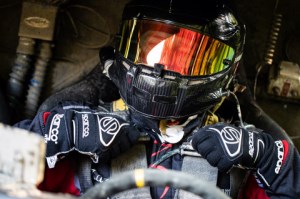 But the meat of the action took place on Saturday with two runs through the demanding 220km Drawsko Pomorskie selective section. Vorobyev clocked the quickest time in the opener – a run of 2hrs 54min 39sec- and that moved the Russian up to just 3/100ths of a second behind the category-leading Spaniard.

The duo were the class of the T3 field and moved well clear of their rivals after both Cinotto and Abel collected eight hours of time penalties for failing to finish the stage across the demanding military terrain.

Navarro beat Vorobyev by 2min 01sec on the re-run of the long stage to take a lead of 2min 01.3sec into the overnight halt, as Cinotto and Abel collected an additional eight hours of time penalties.

Sunday’s action consisted of two runs through a pair of shorter selective sections of 18.39km and 10.50km at Krzekowo and Lubieszyn.

Navarro beat Vorobyev by two seconds in the opener to move into a lead of 2min 03.3sec, but the Spaniard hit trouble on the first run through Lubieszyn and dropped out of contention. That enabled Vorobyev to coast to the quickest T3 time of 9min 49sec and gave the Russian a massive advantage over a distant Cinotto and Abel in the overall T3 standings. 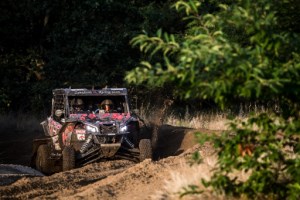 The Russian was fastest of the T3 runners in SS6 and confirmed the category win on the final stage to extend his lead in the Trophy for T3 Drivers.

Action resumes in the series in Jordan on September 19-21.