The sunset in the middle of the monuments that watched the tomb of Antioco leaves breathless riders who have already arrived very tired at the finish line of the fifth stage. The 1,900-metre-high Nemrut mountain dominates the valley, offering panoramas and emotions that really bring back the mind to the past: 62 years b.c. to be precise. So far go the figures erected on top of the mountain to watch Antiocos’ eternal sleep.

And despite the tiredness the riders find the strength to cover a steep climb of over 700 meters to the top to see a sunset that will remain forever printed in their memory.

This historical aspect is typical for Transanatolia Rally 2019 a race that, in this five days, gets a total crono time of 14 hours – this is the time of the leader in motorbike category – that’s means the half of the hours to the finish line, for example, of Dakar 2019.

Today stage, of 348 kms, was of 2h.58’45 : this time belongs to Maurizio Gerini (Husqvarna) who won again, all the 3 special stages. He manteins the first position on Marco Borsi, second in the overall – with a gap of 54’55 – and second today in the first and third SS.

Said Yusuf Çakir (Ktm) – sixth in the overall and first Turkish rider – start this morning with a eight position in the first stage, but then he got better and better, finishing sixth in the remaining two special stages. 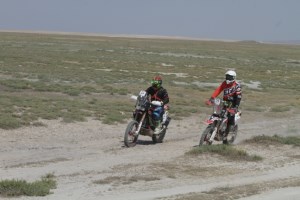 Tsanko Tsankov and Zornitsa Todorova (Can Am) are still leader in the SSV category but the French team of Yves Tartarin and Cedric Duplé today have suffered for a series of problems to their Steenbok and they arrived very late to Nemrut.

Mert Becce e Sertaç Tatar on Suzuki Vitara increase their lead today in the overall standing, for car category, even if Batuhan Korkut and Ilayda Hanci Korkut on Mitsubishi L200 won the first and third special stages. The gap, however, gave at the crew of the Suzuki Vitara, was always very little and Mert Becce had only to win the second SS with an incredible time of 44’48 » to detach even more opponents in the overall. Now the Turkish crew leads with 14’09 » on Korkut and is the most important gap since the start of the race. Third place for TankGokbay and Osman Metin on Land Rover who see their
stubbornness rewarded since these days have never stopped attacking.

Very difficult day for the two Mercedes Unimog, still fighting : the three special stages were exhausting for them and the last two with the ravines on the side of the road have impressed the Italian crews in more than one corner. Antonio Cabini takes the lead on Giulio Verzeletti but the battle between the two Unimog continues. 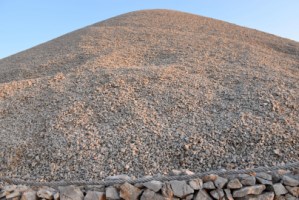 Tomorrow sixth and penultimate stage: from Nemrut the rally move towards south-east, destination Mardin located in the south-eastern region of Anatolia and dominates the lowland of Mesopotamia. The finish line of stage is located between the historical rivers Tigris and Euphrates and Mardin is a city with a deep history that embraces different civilizations. The Transanatolia Rally will follow the traces of the Silk Road with these last stages: tomorrow the total kilometers will be 280 and the specials stages are reduced at two. The first will measure 29.5 kilometers and the second 85.