The VRT Toyota Hilux driver and co-driver Konstantin Zhiltsov managed to finish the demanding three-day event in third position, despite challenging track conditions with thick mud and standing water on sections of the course in rural Hungary.

As the Russian also celebrated his 50th birthday, before heading off to a party in Saint Petersburg, victory fell to Argentina’s Orlando Terranova by the slender margin of 37 seconds with Czech rival Martin Prokop claiming second overall.

The outcome means that Vasilyev slips to second place in the Drivers’ Championship, 10 points behind Terranova, but the Russian remains well clear of third-placed Prokop in what is now developing into a two-horse race for the title with three rounds of the series still to run in Poland, Jordan and Portugal.

For the first time, this year’s event was based at the small town of Várpalota, near Vesprém and the neighbouring Lake Balaton and in close proximity to the Bakony forest. 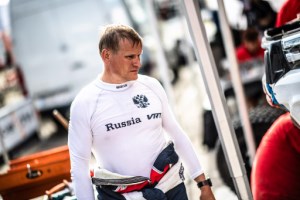 Teams opened their account with a super special stage of 7.18km in Várpalota before the ceremonial start. Prokop won the stage in a time of 4min 48.5sec to take a 6.5-second advantage over Jakub Przygonski into the second day. Vasilyev clocked a time of 5min 11sec and held fifth overall.

Crews tackled two runs through a selective section of 208.06km between Várpalota and Stigibácsi on Saturday. Terranova recorded the fastest time of 2hrs 28min 38sec to snatch a lead of one-minute over Prokop. Vasilyev finished the test in fourth and climbed a place in the rankings.

Prokop reduced Terranova’s lead to 46 seconds with the quickest time on the second pass through the day’s stage and the third fastest time moved Vasilyev up into third place at the night halt after problems for Przygonski.

The timetable concluded with two passes through the Gyulafirátót selective section on Sunday. Terranova extended his lead over Prokop by a further two seconds with the quickest time in the opener and Vasilyev consolidated third place with the fifth quickest time.

Terranova carded a final stage time of 51min 52sec to confirm his third win of the campaign and Prokop and Vasilyev rounded off the podium places to set up a fascinating tussle for the remainder of the season. 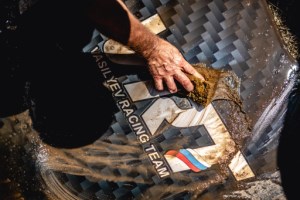 Action in the 2019 FIA World Cup for Cross-Country Bajas resumes with Baja Poland at the end of August.