The revived GT2 class returns to motorsport with Blancpain GT Sports Club at its 2019 season finale in Barcelona (28-29 September).

After being announced at last year’s Total 24 Hours of Spa, the GT2 name is making a comeback to sportscar racing with lower downforce 700bhp cars specifically aimed at amateur drivers.

In the 12 months that have followed since the inaugural declaration, two manufacturers have already confirmed their participation in the new category, with a third to be announced in Barcelona for the 2020 season by the end of which six marques are expected to have launched new cars for the class. Porsche is providing its new 911 GT2 RS Clubsport and Audi the R8 LMS GT2.

The 2019 season finale at the Circuit de Barcelona-Catalunya will mark the debut of the new GT2, competing in a mixed grid with the usual GT3 entries, who are set for a title showdown, to measure comparative performance. This will determine whether the cars will run within the current championship or if there should be two separate series. 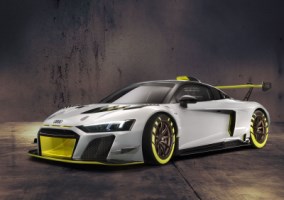 GT2 and Blancpain GT Sports Club going hand in hand as an Am-specific championship, making it the perfect place to re-introduce the category.

The new class will be fully integrated for the 2020 season when the championship will be renamed to the GT Sports Club Europe, accommodating for similar series in Asia and America to further expand the reach of the platform.