The 2019 Events in Croatia have ended for Marco Borsi and TRX but now there is a interesting group of new initiatives. First of all, the Giro d’Italia, which will cross the peninsula from 21 June and sold out a few hours after the opening of the inscriptions.

« We are happy about our events in Croatia – explains Marco Borsi while he prepares for the start on Friday – and we understand this from the satisfaction of riders, as always. Happy and satisfied, many of them have already confirmed their presence for next year ».

And about 2020 Borsi has already confirmed the dates: the Krka enduro raid will be May 1, with the traditional previous week with Krka Discovery and EndurocXs, while the Croatia Rally will race from May 23 to 30. 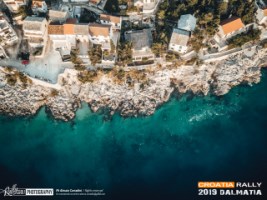 « The innovations that we have included this year especially in terms of controls and safety have been successful and I am sure that next year it will be easy follow the drivers on the path : the new system we have introduced has proved to be very good. We are also already focusing on the 2020 route and in September we will return for a first reconnaissance, especially in Bosnia where next year we will organize two stages, with overnight there. »

But the summer’s scoop is about Krka 2, which could arrive as early as 2020 and is reserved for those who have not been able to register on the platform, which will be reviewed and renewed, a project currently being studied by TRX. The Krka Enduro Raid in the last two years has over 650 competitors and the waiting list exceeds 300 units, which is why it was thought, even after the urgent demands of the riders, to create another event.