After a gap in the calendar of over three months, Qatar’s Adel Abdulla returns to action in the FIA World Cup for Cross-Country Bajas at this weekend’s Italian Baja, round three of the eight-event series.

The experienced Doha-based driver will again team up with French co-driver Jean-Michel Polato as he attempts to add a maiden FIA T3 World Championship to the FIA T2 series title he secured two years ago.

Adel is driving a Can-Am Maverick X3 on rounds of the Baja series this season and heads to Pordenone in north-eastern Italy with an X3 being run on events by the Spanish FN Speed Team. Adel has support from the team itself as an official FN Speed driver, in addition to Ooredoo, the Qatar telecommunications company.

Adel missed the opening round in Russia in February but outright victory at the Dubai International Baja at the start of March earned him 25 championship points and he will line up on the gravel flood plains that are a feature of this round of the series lying fourth in the T3 title race behind Italy’s Michele Cinotto and a tying Oman’s Abdullah Al-Zubair and Russia’s Fedor Vorobyev. 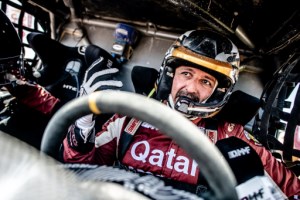 Adel said: « The last race in the Baja series in the new T3 category was three months ago. I won the Dubai International Baja. Now we are looking forward to the third round in Italy after the long break. It will not be easy because of the calendar. We have prepared well. I have tried to keep fit and have been training for this round. I think it will be a difficult race.

« I see from the entry list that there are around 14 in the T3 category and all of them are good drivers. Some of them are local people. They will be fast. It will be exciting to face this challenge. I hope everything goes well. The difficult thing in Italy will be the river crossings. The water is always causing some problems with the cars. I hope nothing happens and we are able to take the 25 points. »

The three-day Italy round of the Baja series features 430.64 competitive kilometres in a route of 827.10km. 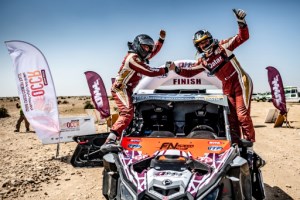 Action gets underway with a 12.5km super special stage at Murlis on Friday, June 21 and this is followed by two days of gravel action on the flood plains of northern Italy.

There are three runs through a gravel special of 95.18km that loops around Barbeano on Saturday, June 22 and these are followed by two further timed loop sections of 66.30km that start and finish in Gradisca on Sunday, June 23.