Starting second on Race Two’s partially-reversed grid, ‘Bebu’ disputed the lead for the opening laps, before moving to the front at one-third distance and pulling away to his third victory in four races and the fourth of the season for the team.

Team-mate Esteban made a rocket start from sixth to climb to third place at the start, and moved into the runner-up spot towards the end; securing his third podium of the season.

Added to sixth place in Race Three and 15th in Race One – after a sterling recovery from being punted off the track and rejoining last – Esteban’s results closed him to within two points of Bebu at the head of the championship. 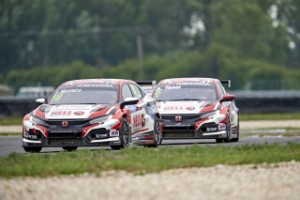 This is because Bebu was himself eliminated on the opening lap of Race One after contact with multiple cars, and was pushed into the gravel at high speed in Race Three, from which he could only recover to 24th.

KCMG drivers Tiago Monteiro and Attila Tassi had a tough task ahead of them after both drivers suffered bad luck in qualifying.

Tiago finished 17th in all three races; a likely points finish from 21st on the Race-One grid disappearing due to a slow puncture; most probably due to running over debris on the first lap.

Attila, meanwhile, was run off the road on the opening lap of two of the day’s three races; each time having pit to have debris removed from his radiator grille to prevent overheating. His best result was 18th in Race One.

The series continues next weekend at the legendary Zandvoort circuit in the Netherlands. 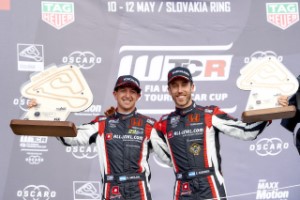 Nestor Girolami #29 – ALL-INKL.COM Münnich Motorsport : « To win for the third time in just two events is fantastic and I think we did a great job as a team here at the Slovakiaring. We knew it would be tough here because the compensation weight gave us the heaviest car, but we maximised what was possible in Race Two and thankfully the big scorers this weekend were not our main rivals for the championship. The target for this weekend was damage limitation, so we did that, we’re still ahead in the points and we should be in a better situation with the weight at Zandvoort. I leave here very happy. »

Esteban Guerrieri #86 – ALL-INKL.COM Münnich Motorsport : « It’s been a good weekend overall. We expected it to be tough, especially with maximum compensation weight, but my target was 30-35 points and I scored 33, so we’ve definitely achieved our aims. A one-two is a great result for the team and we haven’t lost ground to our main rivals either. I think we did a very good job in qualifying and that set us up for today. The driving was hard up and down the field, but we got what we needed. I’m looking forward to Zandvoort and aiming high. » 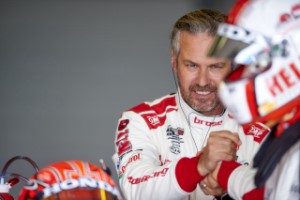 Tiago Monteiro #18 – KCMG : « This weekend has been hard. The races have been full of action, just as they were in Hungary, and there’s been lots of contact. I was hit so many times in the races and I had to push back myself. If we can qualify near the front, like we did in Morocco, we can score well. The frustrating thing is that we are closer to the front in qualifying than we were in Hungary – and on a longer circuit too – but because everyone is so similar on laptimes, it hasn’t moved us forward. We’re not a million miles away, we just need to improve in a few areas for qualifying and we can achieve some better finishes. »

Attila Tassi #9 – KCMG : « I’d hoped for better, but the reality is that when you qualify lower than you want, it’s tough to make progress in this championship. Race One was OK and I could make some good progress up to the edge of the points, but then my tyres went away and I just had to get to the finish without attacking any more. Races Two and three were pretty much identical. I started quite well both times and then went off. In Race Two I had to drive off the circuit or have contact, and in Race Three I was pushed off. Both times the grass and stones came into the radiator so I had to pit to have it cleared or risk overheating. Results gone. I want better at Zandvoort. »