« When something is good, then why change it? I am feeling very well with the car and in the team, my loyal partners want to continue, so I am delighted that I will be on the grid again for the upcoming season », Dutch driver Tom Coronel says on the eve of the 2022 racing season. Once again, he will be driving an Audi run by Belgian team Comtoyou Racing, based in Waterloo, in the TCR Europe Series. The main partners are DHL, Eurol, ERU Prestige and Tricorp again.

« TCR Europe Series is all about classic touring car racing that I love so much, » says Tom Coronel, who celebrated his 50th birthday on 5 April. « A packed field, tough competition where people aren’t afraid of a little bit of contact, nice circuits and a good atmosphere off the track. That is making it nice for me to be in it again. And even more so when results are good, of course. In that respect, I had absolutely nothing to complain about last year! » Indeed, from the 31 drivers that were in action in course of the season, Coronel concluded the racing year in fourth place. In total, he scored three podium results including one victory and he finished in the top ten on ten occasions. 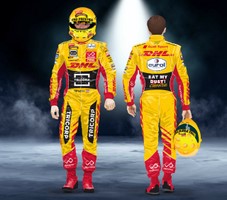 One aspect is different, though: Coronel having been a member of the elite group of only four drivers to race the latest version of the Audi RS 3 LMS in WTCR last year, he will now be racing the evolution version of the car in the European series as well. « In the meantime, the new Audi is widely available and has already racked up the necessary race wins, » Coronel says. « With the earlier version in last year’s TCR Europe Series, I was still able to finish on the podium and even score race wins, in front of my home crowd at Zandvoort, no less, but now being able to race the new Audi in the European series as well is nice. With the new car, everything is just a little bit better. After all, development never stops in motorsport. »

Familiar starting number
In 2019, Tom Coronel opted for starting number 30 because it was his 30th year in motorsport. « We continued that from then on: I raced with number 31 in 2020, with 32 last year and this year, obviously, with starting number 33. » Now that sounds quite familiar, doesn’t it? Coronel, laughing: « Yes, indeed, I thought, when Max Verstappen doesn’t want number 33 this year because he is allowed to race with number 1, I am more than happy to take it! But 33 combined with Audi is good, too, because it is also René Rast’s starting number and he already became DTM champion three times with it! »

Talking about DTM: the TCR Europe Series will be racing on the support package of the prestigious German race series no less than three times this year, starting with the season opener at Portimão in Portugal on 30 April and 1 May and then also at the Norisring street circuit in Nuremberg on 2 and 3 July and the Nürburgring on 27 and 28 August. The other TCR Europe Series rounds will be held at Circuit Paul Ricard in Le Castellet in the south of France (21 and 22 May), Spa-Francorchamps in the Belgian Ardennes (18 and 19 June), Monza (24 and 25 September) and Barcelona (15 and 16 October). « All really nice 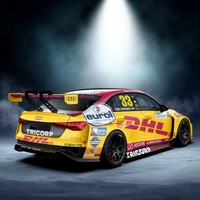 tracks and racing together with DTM again is great, » Coronel says. « Especially at Norisring, a street circuit that always attracts tens of thousands of spectators. I haven’t been there since my days in the German Formula 3 championship in 1995. » Coronel is looking forward to the new race season: « No matter how long I have been involved in motorsport already: when spring comes, I can hardly wait to go racing again. I simply have that in me and it is something I most probably will never lose either. At the end of this month, we can get going again, I am really eager. I may have turned 50, but the race car doesn’t feel and doesn’t know how old you are… Don’t forget that Gabriele Tarquini became world champion when he was 57, so there is still a future in motorsport for me! »