The Red Bull Off-Road Junior Team are just weeks away from tackling the 2022 Dakar Rally. The squad return to the toughest race on earth after their most successful ever season of rally-raid competition. Now it’s time to go for one of the biggest prizes their sport has to offer – fighting for victory in the Dakar’s T3 category!

It’s back to Saudi Arabia as the country hosts its third consecutive edition of the Dakar. The latest route will take the Red Bull Off-Road Junior Team over mountainous desert dunes during the two-week off-road odyssey. Close to 4,500 kilometres of sandy race tracks are divided over 12 timed special stages. The latest edition of motorsports’ most extreme test of endurance racing starts during the first days of January. 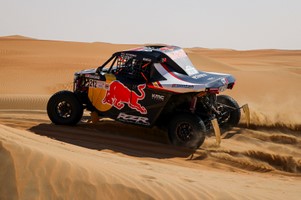 The challenges will come thick and fast for the Off-Road Juniors, but the entire team are determined to meet the unique demands of the Dakar. The record-breaking achievements of the current squad underlines the ambition of the program to provide a springboard for new talent to succeed in rally-raid. Now approaching their third Dakar – and after developing its own OT3 by Overdrive prototype car – the team is aiming for success in Saudi Arabia.

Cristina Gutiérrez (ESP) is getting into the habit of rewriting the history books. She started 2021 by becoming the first female stage winner at the Dakar since Jutta Kleinschmidt’s last stage victory in 2005. Gutiérrez ends the year as the first female driver to win an FIA World Cup for the Cross-Country Rallies title.

Now Gutiérrez heads back to the Dakar alongside co-driver François Cazalet (FRA) with even more success as the target. The duo’s victory at the Andalucia Rally in May gave the Red Bull Off-Road Junior Team their first ever race victory before the pair also won Rally Kazakhstan a month later.

« I will arrive at the Dakar with more confidence now that I have done more kilometres with François and also our car. » – Cristina Gutiérrez

Cristina Gutiérrez is featured in the latest episode of Red Bull’s Beyond the Ordinary podcast, listen here

Seth Quintero (USA) shook up the Dakar race course and bivouac at the last edition of the rally. The then 18-year-old took the lead of the T3 category on Stage 9 before mechanical issues stopped him in his tracks. Despite this disappointment, Quintero made history at the 2021 Dakar as the rally’s youngest-ever stage winner. 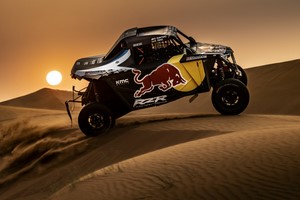 Quintero remains one of the youngest racers at Dakar, but now he has a year’s more rally-raid experience. Still alongside co-driver Dennis Zenz (DEU), this duo have the skill and speed to challenge for the win all the way to the finish line.

« Tactically I think we’ll do pretty much what we did in ’21, play a bit of a waiting game for the first week and then pick up speed for the second » – Seth Quintero

It’ll be a third Dakar with the Red Bull Off-Road Junior Team for Mitch Guthrie Jr. (USA) and co-driver Ola Fløene (NOR). Guthrie Jr. has won pretty much all there is to win in Stateside desert racing. He’s just capped off another successful season back home with victory in the Pro Class of the Red Bull Sand Scramble. 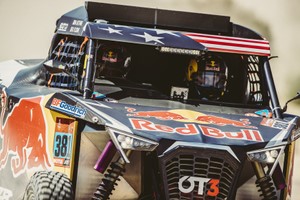 Guthrie Jr. returns to Saudi Arabia after having his rally cut short last time out and he’s determined to do better this time. With Dakar stage wins to his name and a growing reputation in the sport, this ambitious young driver is lining up a shot at glory.

« We’re coming in swinging. We have done a lot of testing and a lot of improvements have been made to the car thanks to the team. » – Mitch Guthrie Jr. 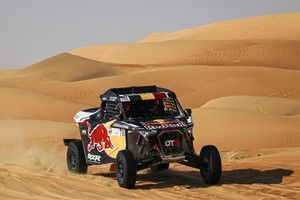 (BEL). After a season of adjusting to rally-raid, the Belgian racer is ready to take on his first Dakar. De Mévius will race alongside experienced co-driver Tom Colsoul (BEL).

« Of course you must be fast in the desert, but you also need to take your time to think and sometimes improvise a little. » – Guillaume de Mévius

The latest edition of the toughest rally on the planet will be hosted on the dunes of Saudi Arabia. The first long desert stage departs from Hail on January 2 and the chequered flag will fly in Jeddah on January 14. 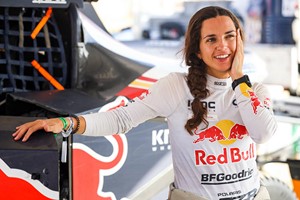 Cristina Gutiérrez: « I will arrive at the Dakar with more confidence now that I have done more kilometres with François and also our car. I’m still the same person I was in other years despite the World Cup success. I still have the same goals.
« In cross-country rallies the key is to be consistent. When you have a bad day it’s easy to push too much the next day and you can give yourself more problems. We need to be smart and we need to be consistent. You must always do your own race, don’t worry about the others. I want to get better each day, each month, each year but even more important than this is to enjoy. » 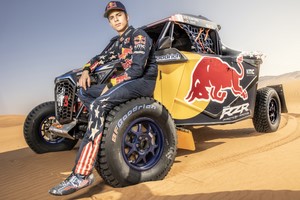 Seth Quintero: « Being the youngest driver to win a stage on leg 6 in ’21 was not too shabby. That’s a record I should manage to hold onto for a while!
« Tactically I think we’ll do pretty much what we did in ’21, play a bit of a waiting game for the first week and then pick up speed for the second and hopefully be able to challenge for the win. Logically my main rivals will be my team-mates Mitch (Guthrie), Cristina (Gutiérrez) and Guillaume (de Mévius) but that’s no problem because while we’re all racers and like to win we’re also good friends back in the bivouac. » 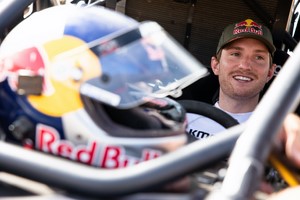 Mitch Guthrie Jr.: « The OT3 has totally changed even though to the naked eye for most people it will look the same. The engineers and all the guys have done a ton of work improving the car with small things like weight. Weight is a big one. They have cut a lot of weight out of it.
« We’re looking to go out and win for sure. For two years now we’ve raced Dakar but kind of had some bad luck throughout the years. But I think now, we’re coming in swinging. We have done a lot of testing and a lot of improvements have been made to the car thanks to the team. And we’re just feeling really good. » 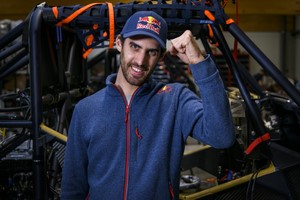 Guillaume de Mévius: « My Dad did the Dakar seven times so for sure I want beat what he did. It would be amazing to be as good as him, maybe better and maybe win the Dakar one day.
« It has surprised me how much fun it is to drive in this T3 category. I really appreciate the competition and the atmosphere of the rally. Of course you must be fast in the desert, but you also need to take your time to think and sometimes improvise a little. »