One week after his double duty with the TCR Europe Series season finale at Barcelona and the fifth race weekend in the FIA WTCR – World Touring Car Cup at the circuit of Most in the Czech Republic, the next FIA WTCR round already beckoned for Tom Coronel, this time at the circuit of Pau-Arnos in the south-west of France. In the first race, the only Dutch driver in the field finished tenth with the new Audi RS 3 LMS run by Belgian outfit, Comtoyou DHL Team Audi Sport. In the second race, he finished 13th. In both races, Coronel won the WTCR Trophy classification for privateer drivers. 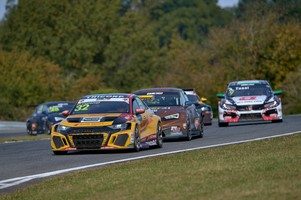 This month, Coronel discovered that even in your 32nd year of racing, you can still discover new circuits as a driver as both the circuit of Most in the Czech Republic and Pau-Arnos were uncharted territory for him so far. « In the past, we raced in WTCC at the street circuit in the historic city centre of Pau, which was always very nice. Pau-Arnos, meanwhile, is a short circuit, three kilometres, around twenty kilometres outside of the city. A bit like Brands Hatch, a lot of undulation and from the roof of the pit building, you can overlook around 90 percent of the circuit, » Coronel said. « Due to lack of time, we didn’t drive down with the camper this time, but rather flew to Toulouse and drove some two hours from there. » 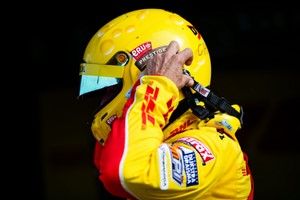 As he was unfamiliar with the circuit, Coronel even discovered the track on foot, something he normally never does: « I think this was only the second time in my life that I have done such a track walk! But because it was new and because most others had driven here before and I hadn’t, I thought it would make sense this time. In the free practice sessions, it looked quite good: I was somewhere around tenth place. At the start of qualifying, it went pretty well, too, but just as I felt I was on a very fast lap, Urrutia got in my way. He was given a five places’ grid penalty as a result. It cost me around two and a half tenths of a second, so I ended up outside the top 12 and didn’t advance to Q2, which was seriously annoying. As a result, I was 15th on the grid. » 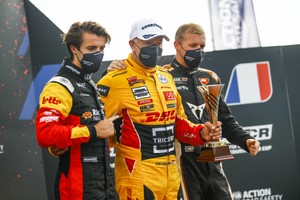 From that position, Coronel started the first race. « I really made a rocket start and I was able to make up positions right away, » he said. « After that, however, overtaking was difficult: I was on Engstler’s rear bumper all the time, but couldn’t get past. That was a pity, because I was faster, but that is how I ended up in tenth place. » In the second race, Coronel again started from 15th place. « The start went slightly less well », he admitted. « I had hoped that many drivers would be colliding. That happened indeed, but in the final three laps of the race, rather than at the beginning. Thus, I finished 13th, but at least, I was the best privateer driver, so I was on the podium twice and was able to head home with two trophies. Too bad, though, that it again was qualifying that got in the way of a better result. » 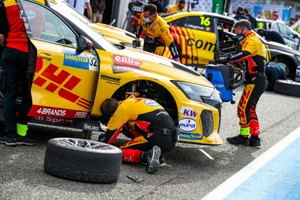 The next two WTCR races will be held in three weeks’ time, from 5-7 November, at Adria Raceway in Italy, not too far from Venice. Yet another circuit where Coronel hasn’t raced before, although he knows the facility: « In the past, I tested there frequently when I still raced for Roberto Ravaglia’s team. We usually did the shakedowns there, but in the meantime, the track has changed completely, so that will take some getting used to again. I did test there recently, though, and that went very well, so that is positive. On top of that, there are rumours saying that we will be racing at the Pau street circuit again next year. That would be nice, too, because street circuit usually suit me, but let’s get this season completed first and then we will see. »