Initially, Tom Coronel didn’t have a race scheduled for this weekend. « But just sitting on the lawn mower at home is nothing for me, » he laughs. Therefore, he didn’t need long to say yes when asked whether he wanted to take part in the one-hour TCR South America race at the circuit of Curitiba in Brazil with an Audi RS 3 LMS, run by the Cobra Racing Team. Coronel will be sharing driving duties with Rodrigo Baptista, who is racing the Audi for the full season in TCR South America, newly introduced for this year. 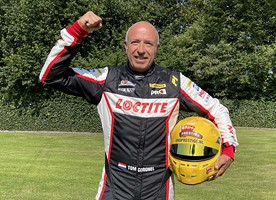 « It was a bit short notice because I was asked whether I was interested in participating in this event only last week, » Coronel explains. « I raced several times at Curitiba with the WTCC, the now-defunct World Touring Car Championship, both with SEAT and BMW. Especially in 2011, I did really well there: fourth in the first race and second in the second race. But in fact, I was nearly always in the top ten there. The circuit suited me, but so did the location. Brazil is a real motorsport country, that is clear to see. I really like the entire South-American motorsport culture that I also know from the Dakar Rally, of course. »

TCR South America has its inaugural season this year with eight events. The season got underway at the Interlagos circuit in São Paulo at the end of last month. The race at Curitiba is the second round of the season and the first of two endurance races for this year, both with a duration of one hour in which two drivers are alternating. The third event in Brazil is scheduled for the end of August, followed by a round in Uruguay and three events in Argentina, including one further endurance race. The season will then be concluded in early December at a venue in either Chile or Argentina. 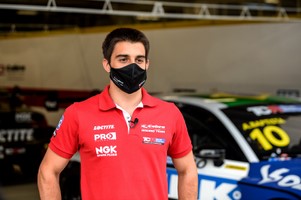 Coronel’s invitation came from Nonô Figuereido, a former racing driver himself who even briefly raced in the British Touring Car Championship, but is now running the Cobra Racing Team. « I have known Tom for a while, so I thought it would be a good idea to invite him to join Rodrigo Baptista because I believe they have a similar approach to the sport. Tom is a very verstile and experienced driver. Rodrigo is young, but has been competing for many years and he is mature for his age. I think they will make a fantastic couple and I hope we can get a top-3 result in Curitiba », Figueiredo said.

24-year-old Baptista finished third in the first TCR South America race last month. He is also participating in the new Pure ETCR series for electrically powered touring cars. Here, he has already been on the podium as well. In 2017, Baptista won the Brazilian Porsche Cup title. Two years later, he ended up second in the GTE-Am class in the Le Mans 24 Hours with a Ferrari from British team, JMW.

Action at Curitiba gets underway with free practice sessions and qualifying on Saturday. On Sunday, the race with a duration of one hour or a maximum of 40 laps starts at noon local time (5pm CET). The race is broadcast live on Fox Sports in Brazil.