Yasir Seaidan has a superb opportunity to extend his early season advantage in the race for the 2021 FIA World Cup for Cross-Country Bajas title at this weekend’s Jordan Baja.

The Saudi Arabian driver heads into Friday morning’s opening selective section through the stunningly beautiful Wadi Rum desert in southern Jordan with a 14-point advantage in the series standings over defending champion Vladimir Vasilyev and a 15-point lead over Saudi rival Yazeed Al-Rajhi. 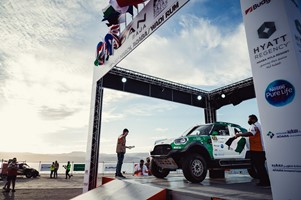 With Vasilyev not travelling to the Red Sea city of Aqaba and Al-Rajhi sidelined for several weeks – after cracking a vertebrae at the recent Sharqiyah International Baja – Seaidan and co-driver Alexey Kuzmich could storm into a useful series lead in their X-raid Mini John Cooper Works Rally after three back-to-back Middle Eastern rounds of the nine-round championship.

« I’m leading the Baja World Championship after I won the Sharqiyah Baja and the goal is to win here in Jordan as well to make a big gap in the points to give myself a better chance to win the 2021 Baja World Championship, » said Seaidan. « I appreciate the organisers for the hard work and efforts to make this rally happen in this situation of lockdown because of corona virus. »

With Orlando Terranova unable to travel from Argentina because of restrictions, Seaidan’s closest rivals are likely to be the Overdrive Racing duo of Erik van Loon and Ronan Chabot in a pair of V8-engined Toyota Hiluxes. Both the Dutchman and the Frenchman arrived in Aqaba late on Wednesday afternoon. 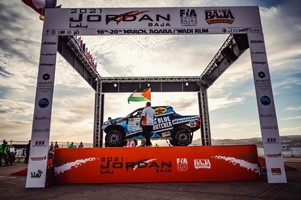 Van Loon will be hoping to bounce back from a disappointing end to his recent outing in Saudi Arabia. He looked to have completed the event in fourth place with French co-driver Sébastien Delaunay, but a time penalty of 30 minutes was later imposed by rally officials and the Dutchman plummeted to seventh place. Overdrive Racing has since appealed against the penalty.

« This is one of the most beautiful Bajas on the calendar, especially Wadi Rum, » said Van Loon. « It looks like Mars. But we are not coming to Jordan for that. Sébastien and I would like to show what we can do. We got a start number 201, so we will start second. We have competition from Seaidan, Chabot and some fast drivers from the Middle East. I can’t wait to get started. »

Meanwhile, three Saudi Arabian Yamaha riders will slug it out between themselves for honours in the quad category that runs behind the motorcycles and ahead of the main FIA cars.

Haitham Al-Tuwayjri won the category at the Dubai International Baja and that success was one of the deciding factors in the 31-year-old Raptor rider’s decision to compete in Jordan and then in the third round of the FIM Bajas World Cup in Qatar in April. 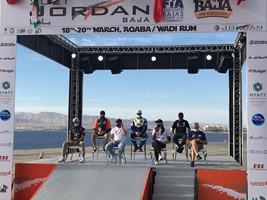 « I am so happy to be competing in Baja Jordan for the first time, » said the Saudi, who current leads the quad class in the FIM Bajas World Cup. « It will be my second participation in an international race and the first visit to this country. But I know the location of the race from movies, Martian and Rogue One – A Star Wars Story. This landscape reminds me of terrain of Saudi Arabia, near Al-Ula, where I participated in 2019 and finished P4 among UTVs.
« I also did two Bajas in the National Championship – Qassim and Riyadh – in a Can-Am X3 and finished in fourth position. I have a lot of experience on the quad and finished ninth in the Hail Cross-Country and won leg four. My goal is to take first place in the FIM Bajas World Cup in quad class. »

Cars, bikes and quads were flagged away from the ceremonial start in the Old Port in Aqaba on Thursday afternoon after several leading competitors had attended the pre-event press conference by the Red Sea. 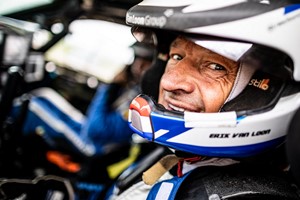 The event is receiving support from sponsor Zain, the telecommunications provider.

Tomorrow (Friday), competitors face two slightly revised selective sections of 210.72km and 112.99km through Wadi Rum, with the first motorcycle due on the opener at 08.40hrs and the leading FIA car following at 09.40hrs.