30 years after his first Dakar success, which came on two wheels in the motorcycle class, Frenchman Stéphane Peterhansel today claimed a remarkable 14th win at the Rally Dakar. Alongside co-driver Edouard Boulanger, he guided the MINI JCW Buggy to victory ahead of Nasser Al-Attiyah. This is the sixth victory for X-raid at the iconic desert rally, having previously triumphed in 2012, 2013, 2014, 2015 and 2020. Carlos Sainz and Lucas Cruz (both ESP) finished third to round off a successful event for the team from Trebur. 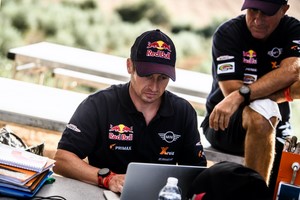 This victory sees Peterhansel set a new record: as well as his remarkable 14 titles, Mr. Dakar is also the only driver to have won in all three ‘chapters’ of the Dakar – at the original rally in Africa, in South America, and now in Saudi Arabia.

Consistency was the key to success for Peterhansel and Boulanger. Over the course of the twelve legs, they finished in the top three on eleven occasions, were fourth once, and claimed one stage win. They took the overall lead on leg two and never looked back. The two Frenchmen managed to avoid any major issues – including navigation problems, thanks to a sensational performance from Boulanger. 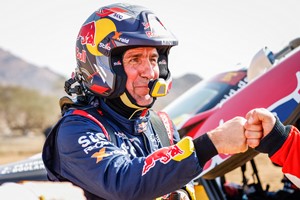 Stéphane Peterhansel: « I am very happy. There was a lot of pressure, as we led the overall standings for a long time. In this situation, you have almost everything to lose. However, I have to say that we drove an almost perfect Dakar without any major mistakes. That was the key to our success again. Edouard and I worked brilliantly together. I was glad to have him beside me. He could not have done a better job. »

In contrast, fortune was not on the side of Sainz. The bad luck started with a flat tyre on the Prologue, which took place near Jeddah. Furthermore, problems with navigation repeatedly cost him a lot of time, and saw him lose contact with Peterhansel and Al-Attiyah out in front. Sainz and Cruz found themselves in third place overall from the fourth leg to the end of the Dakar. 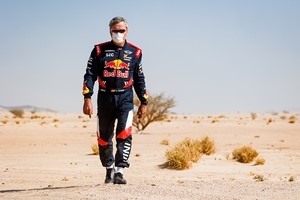 Carlos Sainz: « A podium is always good, but I cannot be 100% happy. We could have challenged for the win, but we did not do a good job when it came to navigation. Still, I am pleased for the team and happy for Stéphane. He did a great job and showed why he is known as Mr. Dakar. »

Sven Quandt, X-raid team manager: « Winning is never easy, but this victory was particularly tough, as the terrain was very similar to that in Africa: fast and slow passages with a lot of stones – and with difficult navigation on top. We are delighted that we were able to achieve MINI with this sixth victory. Coming into the Dakar, we could never have dreamed of finishing first and third. The past 14 days have been very tiring: leading the overall standings for so long, tricky navigation, and a lot of punctures. However, Stéphane has shown once again that he deserves his title of Mr Dakar. He shone on difficult terrain and drove a strategically clever rally. He only won one stage but had a 14-minute lead in the overall standings. » 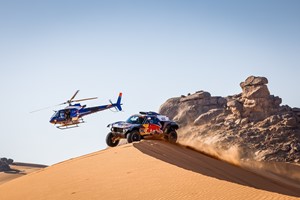 The Dakar 2021 was strongly influenced by new navigation technology and very challenging navigation. This year, the roadbook was only given to the navigators a few minutes before the start of each day. The co-drivers then had to start the stage without any preparation. Combined with very high speeds, this repeatedly caused problems.

Vladimir Vasilyev: « I liked this Dakar. The organisers did a great job. I am at the finish and can say already that I like to be in Saudi Arabia – there can be a lot of events here. It has nice landscapes and a good atmosphere. This Dakar was not easy. » 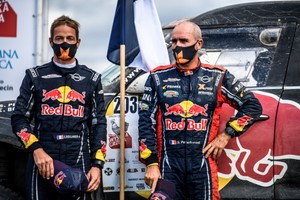 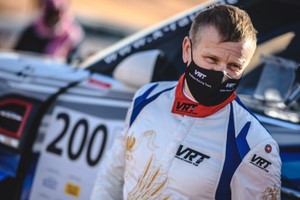