The Dakar Rally is off and running in Saudi Arabia after the first full stage ended at the new bivouac situated in Bisha. Monster Energy Honda Team rider Kevin Benavides finishes second on the day and now lies in second place overall in the general standings.

The 2021 Dakar Rally got off to a tough start with a 623-kilometre stage – including 277 kilometres against the clock – which turned out to be both highly-technical and navigationally complex. After setting off from Jeddah this morning, riders faced a long 311-kilometre liaison section on asphalt before reaching the start of the timed special, which, contrary to what had been announced in last night’s briefing, turned out to be a very slow one. 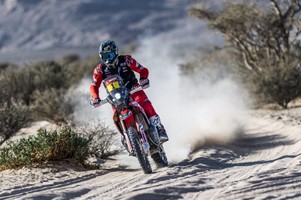 Cumbersome, broken, stony and zigzagging pistes severely reduced the average speeds of the stage. Navigation proved tricky on a deceptive route that took in several dry river crossings. The special stage ended 35 kilometres away from the new bivouac located in Bisha.

Ricky Brabec and Joan Barreda were well aware that today would be a tough day. After claiming the top two positions in yesterday’s prologue, they faced the unenviable task of opening the track on this first ‘real’ day of the 2021 Dakar. Little did the American and the Spanish imagine that the predictions for the day would receive such a shake-up. Complicated navigation effectively put paid to any chances of finishing among the front-runners, as the pair conceded time to their rivals over the opening ten kilometres of the special.

Elsewhere, Kevin Benavides was taking full advantage. The Argentinean Monster Energy Honda Team rider kept up a relentless pace throughout the stage, catching the riders ahead and finishing by opening the track as the race headed for the Bisha finish-line. Second place in this first stage grants him the same position in the overall standings. 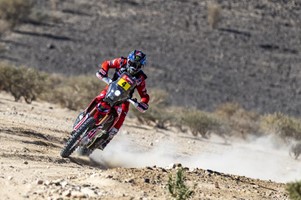 José Ignacio Cornejo conceded time after some minor navigational errors due to the complicated handling in the rocky areas where he was forced to proceed more cautiously. The Chilean, nevertheless, remains only twelve minutes adrift of his team-mate.

Tomorrow, the second stage of this Dakar will take the riders from Bisha to Wadi Ad-Dawasir. The stage will feature higher mileage than today, with more than 450 kilometres against the clock out of a total of some 700 kilometres on the day. The riders will hit the first sand dunes early in the day before moving on to open track and eventually finishing with stretches of sandy track. 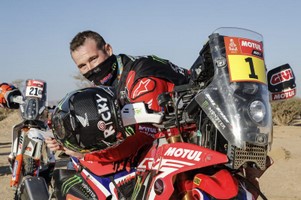 Ricky Brabec – STAGE: 24th OVERALL: 24th : « We won the prologue, but unfortunately, it hit us hard. We opened today and it wasn’t really as easy as we were expecting. The other guys started back and they dealt their cards a little bit better than we did. We didn’t really sit back in the prologue which led us up to the front. Stage one was difficult to navigate. It wasn’t fast. There were tons of rocks and slower speeds. I was trying to manage the rear tyre as we have to go more than one day on this tyre. I wasn’t sure of the speed and some of the other guys were on the gas a little bit harder. Hopefully in the end it’ll all pay off but, as of now, it’s only the first day and we have eleven left. Tomorrow we’ll start a bit further back with sand dunes and sand piste. Hopefully we can push up and make some time back. » 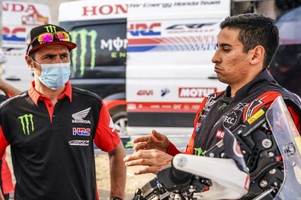 José Ignacio Cornejo – STAGE: 16th OVERALL: 17th : « Today the navigation was a bit complicated, there were many parallel tracks with many similar routes and directions. In some areas it was a bit difficult to find the WPs, so I wasted a little time there, especially in the rocky area, where I was not very comfortable and I made a couple of mistakes. We will make changes to the suspension to improve in this kind of area. We remain positive as there are 11 stages ahead and we have the chance to reduce the time and climb some positions. » 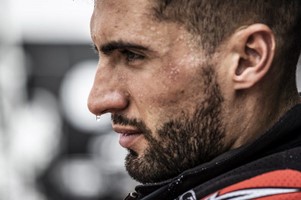 Kevin Benavides – STAGE: 2nd OVERALL: 2nd : « Today was quite a difficult day for the first stage of the Dakar. There was a lot of navigation with very complicated and technical areas and tracks filled with rocks. At the beginning of the special, it was difficult for me to find the right feeling with the bike and the reading of the Roadbook, but then I began to loosen up and feel more at ease. In the final 80 kilometres I managed to catch the guys in front and opened the track, so it was a good day and I am very happy about it. This has just started and this Dakar Rally is already really intense. We will have to make the most of every single day. » 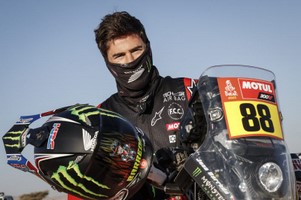 Joan Barreda – STAGE: 22th OVERALL: 18th : « Today was a tough day. We started from the first positions and already, in the opening kilometres, there were discrepancies between the kilometres indicated by the radar and the GPS with those of the Roadbook. Ricky and I lost a lot of time there. It wasn’t easy throughout the day, but we hope that they will at least reinstate the time lost. »

Ruben Faria – General Manager : « At the end of the first stage of the race, the four bikes have reached the bivouac. Only Cornejo had a slight fall in a rocky area but it turned out to be nothing. Being a light rider, the stage was not really to his liking, but he finished in a good position to be able to make up time tomorrow. Kevin, from a seventh position start, had the stage to his advantage, because today was a very complicated day for the navigation which could be seen in the average speed of the riders. We did not expect a day with such 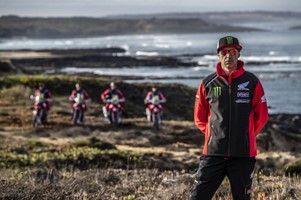 demanding navigation. Ricky and Joan finished first and second yesterday and today they had to open the track. Obviously, in 277 kilometres of off-piste and stone-filled river beds, they were going to lose time. But there are still eleven stages left and the Dakar is poised to be a very difficult one.
« The bikes did not give any problems and the tyres stood up to the tough stage. Fortunately, we have riders in different positions, ready to battle for the race. The aim is to reach the rest stage with all four riders in with a chance of winning the Dakar. » 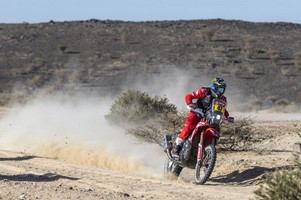 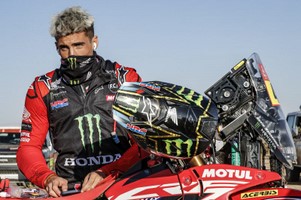