Honda’s WTCR – FIA World Touring Car Cup drivers endured a frustrating qualifying session at Motorland Aragon as the full effect of their handicaps at the Spanish circuit was exposed.

With each Honda Civic Type R TCR saddled with the maximum 60kg compensation, Münnich Motorsport and all four drivers began the weekend braced for a tough time – a fear that was realised in qualifying when three of the cars were eliminated at the first hurdle.

Nestor Girolami was the only one of the quartet to make Q2, squeezing through in 12th place, and felt he maximised his and the car’s potential on his way to securing eighth in the second session.

That effort also means ‘Bebu’ will line up third on the partially reversed-grid for race two, which offers him an opportunity to score valuable points for ALL-INKL.COM Münnich Motorsport in the Teams’ championship fight.

The Argentinian will start Sunday’s first race from 17th, with a five-place grid penalty carried over from the Hungaroring round applied to his position in Q1, which sets the grid for race one. 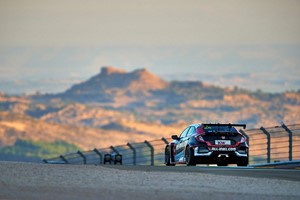 Esteban, who is second in the Drivers’ championship, was limited to 19th in the first part of qualifying as he struggled to put either of his runs together.

One consolation for the 2019 WTCR runner-up is that he will start all three races immediately behind his main rival, offering him a chance to take on the standings leader and reduce his 22-point deficit in the title chase.

Being blocked meant Tiago had to rely on his first timed lap as his best for the session, as he gave up his final run to tow championship hopeful Esteban.

The Portuguese nevertheless ended up content with 13th, missing the cut for Q2 by two tenths of a second.

Attila was also held up on his second run, before making contact with one of the rival cars as it came back onto the racing line in his path – for which his assailant received a three-place grid penalty. 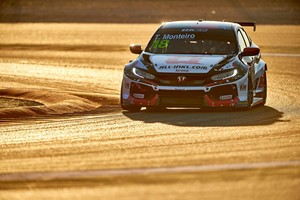 The 21-year-old then backed out of his third run in the final sector so as not to jeopardise Esteban’s starting position.

Nestor Girolami #29 – ALL-INKL.COM Münnich Motorsport : « From my side it was a very good qualifying session, and I feel I extracted everything we have available this weekend. We knew it was going to be challenging due to the 60kg compensation weight and the long straight, but we did the best we could and eighth feels really good. It would be nice to finish on the podium from third on the reversed grid, but we know this is not our natural position and that our rivals are fast on the straights, so we will work overnight on how best to counter this. It’s a shame for Esteban that we couldn’t get him into Q2, but we will do all we can to help him fight for the championship. A big thank you again to all the mechanics; the Honda feels great to drive here, there’s just not a lot in our control we can do to improve our position. »

Esteban Guerrieri #86 – ALL-INKL.COM Münnich Motorsport : « There was a sequence of events in qualifying that didn’t work out and I don’t think it was my best performance, even though our potential is not brilliant this weekend due to the compensation weight we are carrying. I didn’t put my first run together and had a mistake at Turn 12, then on the second run we changed the tyre pressures but it didn’t work – I got a big oversteer at Turn 1 because I was not able to prepare properly for the corner, so we could have read that situation better. I feel disappointed with my performance, but tomorrow is another day and we will fight again. » 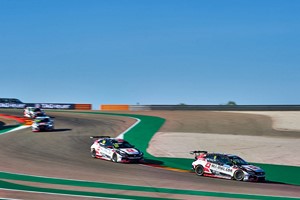 Tiago Monteiro #18 – ALL-INKL.DE Münnich Motorsport : « I think it was an acceptable qualifying session. We knew it was going to be a tough weekend, so after practice – where I couldn’t get into the top 15 – I was actually pleasantly surprised to improve my lap time, especially with only one full attempt. That put me in the top 10, so I thought we could fight for Q2. But on my lap on the second run I was blocked by two Audis and had to back out, then I didn’t get another run in order to help Esteban. It’s the team’s goal to help him win the championship and I agree – we have to give everything we can to help him at the moment. So with one lap, 13th is not so bad. It’s not the ideal position for the team, but let’s see – a lot of things are still possible. »

Attila Tassi #9 – ALL-INKL.DE Münnich Motorsport : « On the first run I was at the front of the train, but I don’t think the rear tyres were ready for Turn 1 and I had a big, big oversteer, so I let the others go in order not to hold them up. I had a good first sector on my second run but then we caught two Audis. At Turn 7 I was behind Nestor and one of them came back in front of me, which meant I touched his rear because I was accelerating and didn’t have anywhere to go. I’m disappointed because it felt like a good lap. I tried a cool-down lap and was improving on my last attempt, but then I was asked to lift off to preserve Esteban’s grid position. So not an ideal qualifying, but I of course support the team’s call at the end because we all want Esteban to become champion. »

Dominik Greiner – Team Manager – Münnich Motorsport : « Looking at the positives, Nestor did a great job dragging the best out of the car that was possible. It’s a shame he has a grid penalty for race one, but for races two and three he has good starting slots to score good points from. Esteban’s qualifying was not ideal, but now we are working on how best to maximise his chances of scoring good points tomorrow to earn important points both for his title hopes and also for the Teams’ championship. Race one will be particularly important for this as it will set the tone for the rest of the day. »

Mads Fischer – TCR Project Leader, JAS Motorsport – JAS Motorsport : « It was a bit of an unusual qualifying session and not the one we would have hoped for, even if the result was somewhat expected. The feedback from the drivers is that the car has been good to drive, which is encouraging, but ultimately the main straight and the Civic Type R TCR’s compensation weight this weekend are two factors that are very difficult to overcome. Even so, we know that the drivers and the Münnich Motorsport guys are fighters and will give it their all tomorrow to make up as much ground as possible, especially to help Esteban’s title hopes. »