Saudi Toyota Desert Rally Championship title rivals Yazeed Al-Rajhi and Yasir Seaidan top an impressive entry of 51 cars, nine NUTVs, 10 motorcycles, 23 quads and one truck that will tackle this weekend’s Sharqiya Baja 2019, the fifth and final round of the inaugural series.

While the Saudi duo go head-to-head to decide the outcome of the Drivers’ Championship across the barren sands of Saudi’s Eastern Province – with Al-Rajhi holding a three-point lead over his rival – a host of top class opposition will be challenging for overall honours in the event based out of the Holiday Inn on Half Moon Bay, near Al-Khobar. 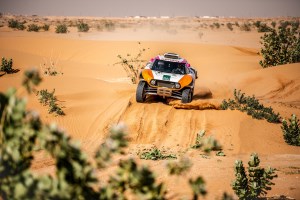 Another driver making his first appearance on the Saudi sands in advance of the 2020 Dakar Rally, with be former WRC driver Conrad Rautenbach. The Zimbabwean has entered a Can-Am Maverick X3 in the FIA T3 category and will be partnered by Portugal’s Pedro Bianchi Prata. Rautenbach formerly drove for the Citroën Junior Team in the FIA World Rally Championship and won the FIA African series in 2007 and 2011.

Yousef Al-Dhaif holds a winning points’ cushion in the NUTV Championship at the helm of his Can-Am, but the Saudi faces eight rivals in the Eastern Province, including Fahad Al-Naim and Salah Al-Saif. 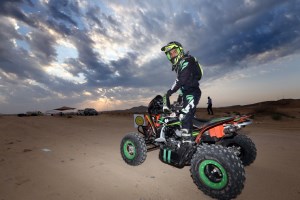 Mishal Alghuneim has already clinched the motorcycle title and locks horns with the likes of Hashyan Al-Hashyan and Abdullah Al-Helal for the last time before he readies his KTM for the onslaught of a first Dakar appearance in January. The UAE’s Othman Al-Ghufeli is the only non-Saudi entered on two wheels on this occasion.

Despite disappointment at the last round in Riyadh, winning performances in the Qassim Rally and Al Ula-Neom Cross-Country event have given Abdulmajeed Al-Khulaifi a 21-point advantage in the quad section over Riyadh Al-Oraifan. The pair will lock horns to decide the outcome of the title race in Half Moon Bay with a further 21 rivals challenging for honours in the increasingly popular category.

The Saudi trio of Ibrahim Al-Muhanna, Osama Al-Sanad and Raed Abo Theeb have entered a Mercedes truck in T4 at the rear of the field. 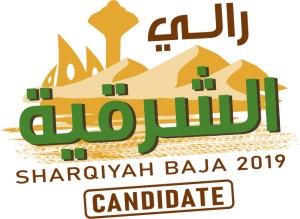 Baja officials have now confirmed that Thursday afternoon’s opening super special stage will run for 4.32km and precedes challenging desert selective sections of 257.44km and 213.10km on Friday and Saturday.

The event is being organised by the Saudi Automobile and Motorcycle Federation (SAMF), under the chairmanship of H.R.H. Prince Khalid bin Sultan Al-Abdullah Al-Faisal and the supervision of former FIA Middle East champion Abdullah Bakhashab.

The new Baja runs with the support of the Saudi Automobile and Motorcycle Federation, the General Sport Authority, Abdul Latif Jameel Motors (Toyota), the MBC Group, Al-Arabia outdoors and the Saudi Research and Marketing Group. It is also being observed as an official candidate for future inclusion in the FIA World Cup for Cross-Country Bajas.