Al-Rajhi and Ulster co-driver Michael Orr opened their account with the fastest time of 2min 20.6sec for the four-kilometre stage and that put the Toyota Hilux crew 17.8 seconds quicker than Yasir Seaidan in his new MINI JCW Buggy. The current leader of the Saudi Toyota Desert rally series finished the stage in fifth position.

Dakar legend Stéphane Peterhansel was forced to switch co-drivers at the 11th hour after his wife Andrea failed a stringent pre-race medical check in Germany. Her place in one of two X–raid Buggies was taken by Portugal’s Paulo Fiuza. The Frenchman carded a time of 2min 28.9sec to hold third. 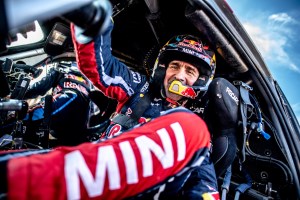 As Peterhansel explained: « Right after the press conference last week in Paris, we had our yearly X-raid medical check. As there was not so much time left until the rally in Saudi Arabia we, X-raid and the doctor, decided to wait for the results and evaluations before Andrea gets back in a rally car. I have known Paulo for a long time through X-raid. We also know each other from the X-raid team trainings and he knows the terrain in Saudi Arabia from past events. »

Shaker Al-Tuwaijry topped the times in T3 in his Can-Am and Saleh Al-Saif led the NUTV category by 2.9 seconds in his Can-Am Maverick X3 from Yousef Al-Dhaif. Majed Al-Tuwaijri and Khalil Al-Tuwaijri tied to round off the top three. 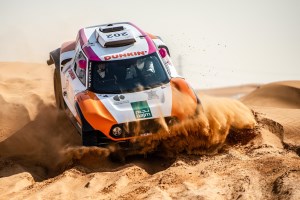 Sultan Al-Masoud set the unofficial quickest time amongst the quads to head Majed Al-Shegawi and series leader Abdulmajeed Al-Khulaifi at the overnight halt.

The Saudi trio of Ibrahim Al-Muhanna, Osama Al-Sanad and Raed Abo Theeb completed the stage in a Mercedes truck entered in the T4 category in 3min 33.2sec.

Forty-four cars, 12 NUTVs, 19 motorcycles, 18 quads and one truck passed all the scrutineering and technical checks and started the event, which is being organised by the Saudi Automobile and Motorcycle Federation (SAMF), under the chairmanship of H.R.H. Prince Khalid bin Sultan Al-Abdullah Al-Faisal and supervision of former FIA Middle East champion Abdullah Bakhashab. 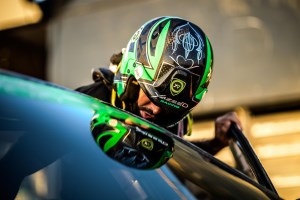 The rally runs with the support of the Saudi Automobile and Motorcycle Federation, the General Sport Authority, Abdul Latif Jameel Motors (Toyota), the MBC Group, Al-Arabia outdoors and the Saudi Research and Marketing Group.

Tomorrow (Friday), competitors will tackle a challenging 307km selective sections through the deserts around neighbouring Rumah.